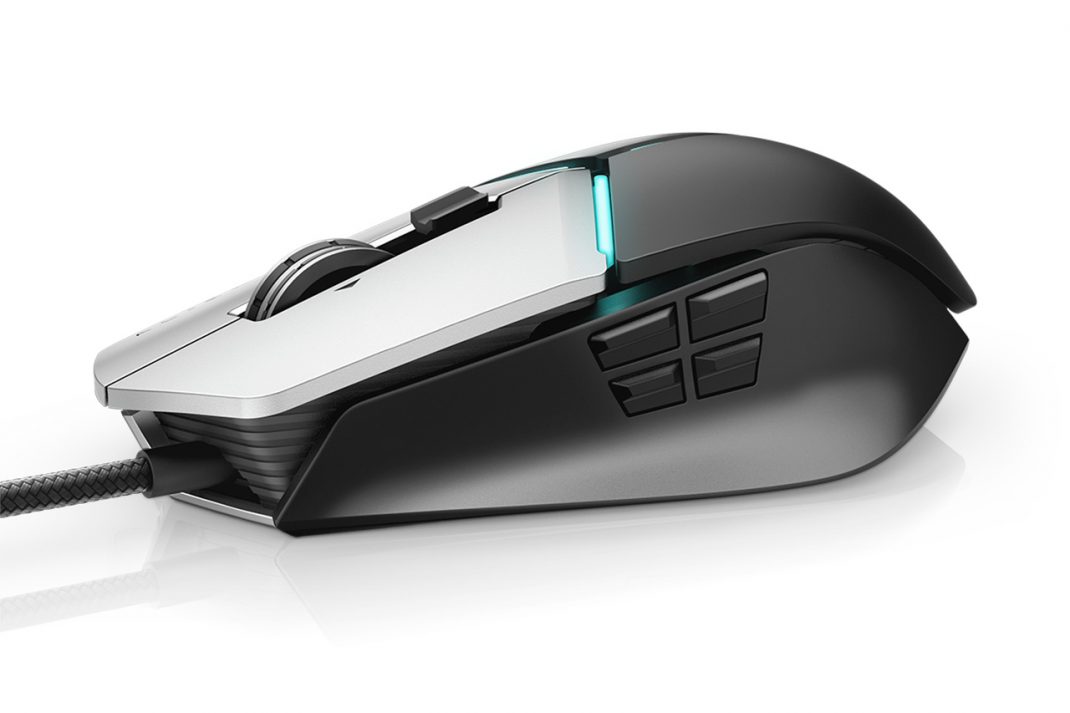 JUNE 6, 2018 – As the gaming industry and community are descending upon Los Angeles, Alienware and Dell Gaming will be showing up at E3 in a big way with exciting gaming hardware and partnership news and immersive experiences. Among its new products to complete the PC, gaming ecosystem is the blissful sounding new Alienware Wireless Gaming Headset, a 2nd generation, fast responsive Alienware Elite Gaming Mouse and the blazing-hot, high performance Windows 10 Inspiron Gaming Desktop with AMD processors and graphics cards.

Dell and Alienware are committed to giving esports players a competitive advantage with the best hardware. The Detroit Renegades, the esports team owned and operated by Utah Jazz player Jonas Jerebko, is the latest team to select Alienware as their exclusive technology partner. Alienware, in partnership with Tobii and Team Liquid, is also helping gamers take their skills to the next level with Alienware Academy, an esport skill-building online platform. Fans of Alienware Arena can now access the community from their phone with a new Alienware Arena app with access to play-to-win opportunities and rewards.

Giving casual and hardcore gamers what they want and expect in PC gaming solutions, Dell continues to be a leader in PC gaming worldwide. “As pioneers in PC gaming, it’s our responsibility to continuously innovate to deliver the best gaming solutions possible for our community,” said Frank Azor, vice-president and general manager of Alienware, Gaming and XPS for Dell. “This E3 is no exception. This year we are enhancing the ultimate gaming experience with a new online training platform, brand new peripherals and some awesome esports partnerships, helping all players take their game to the next level.” 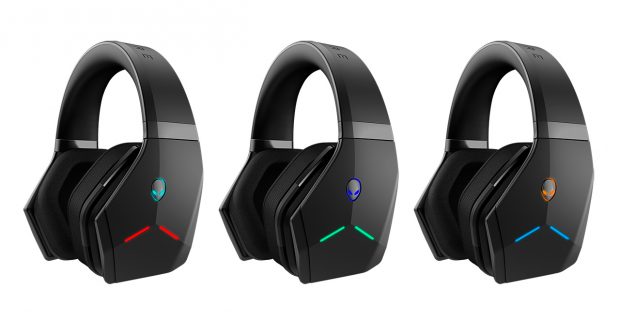 Durable yet lightweight, the headset is distinguished by a wide flexible headband engineered for snug fit and extreme comfort, with all controls within the reach of one finger. Rotatable, sports-fabric earcups keep players cool and focused, especially for marathon gaming. Alienware fans will appreciate the iconic design elements, including animated two zone LED lighting and click-and-play customizable AlienFX™ per-game light settings. The headset will be available in the U.S. beginning June 11, starting at $229.

The next generation of Alienware Command Center now includes an intelligent audio utility called Sound Center, designed to help users create and manage preset and user defined audio profiles. Linking directly to connected playback and/or recording devices, the tool allows gamers to dial in and finetune the perfect sound for their environment. Comprised of four core components for managing audio, Sound Center’s user-friendly features include Audio Effects, Multi-band EQ, Microphone Control and Audio Recon directional overlay, which indicates the direction of various sounds during gameplay (such as nearby combat and footsteps). The Sound Center is available now worldwide and is enabled on newly launched 2018 models of Alienware Area 51, as well as Alienware 15 and 17 laptops. 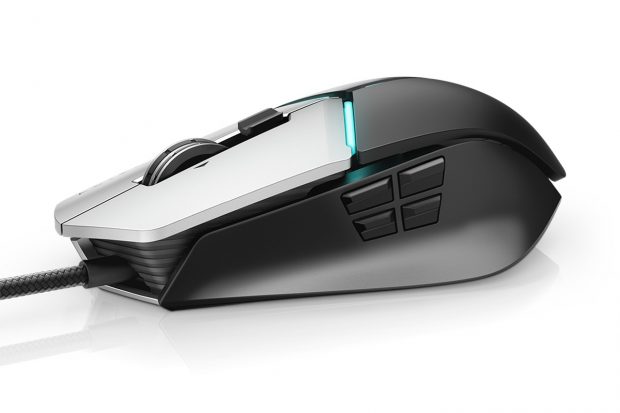 Alienware knows even something as small as a mouse can have a huge impact on gameplay. Its new iconic Alienware design with premium materials puts more control in gamers’ hands to play longer with advanced ergonomic engineering with two redesigned interchangeable side wings (with two or four buttons for FPS/MMORPG) and three-position palm rest for virtually any grip. With four configurable 5-gram weight adjustments, gamers have ultimate control over cursor precision and movement speed, enhanced by five configurable levels for on-the-fly DPI switching based on the need for speed or precision. Better efficiency also comes from nine to 11 programmable buttons with 512k onboard memory for in-game customization. Further personalize the immersive experience with AlienFX™ lighting, which supports more than 130 games with unique themes and a dynamic look to reflect the gamers’ style. The Elite Gaming Mouse will be available on dell.com in the U.S. July 31, starting at $89.99.

With an emphasis on strong performance and future-proof expandability at an accessible price, the new Inspiron Gaming Desktop (5676) handles the latest gaming titles with ease. Plenty of muscle and split-second responsiveness derive from the latest 2nd Gen AMD Ryzen™ desktop processors (up to 8-core, 16-thread), some of the highest multiprocessing, multitasking performance gamers can get on a mainstream desktop PC, with intelligent thermal design for optimal airflow to cool the system, whether for PC gaming, virtual reality or content creation. Other features include a USB Type-C 3.1 port, up to six USB 3.0 ports, optional dual-drive, high-capacity hard drive, responsive SSD option and up to five bays for future storage upgrades. Polar Blue LED lighting and a striking chassis design infuses the Inspiron Gaming Desktop with visual excitement. The Inspiron Gaming Desktop will be available initially in U.S., Canada, Australia, New Zealand, Chinaand South Korea in June, concurrent with E3, with a starting-at-price-point of US $849.

Dell’s recent State of Gaming Report revealed that gamers globally most value being part of the gaming community for the “tips and tricks” (43%) they can access. This year the all new Alienware Academy, in partnership with Tobii and Team Liquid, delivers a unique online training platform to help amateur athletes develop the skills and strategies to game like an esports pro, complete with distinct lessons and a feedback loop on progress gained. The Alienware Academy platform will launch as a closed beta this month with video lessons centered on CS:GO and expanding course curriculum into other popular competitive games in the coming future. Guided by Team Liquid with tools enabled by Tobii eye-tracking such as gaze overlay, heatmaps, statistics and pro player comparison will help players train and gain insights from their game play. Players will have to pass objectives designed to test their understanding after each lesson to unlock subsequent lessons.

Aspiring athletes can practice and improve their skills, strive toward defined goals, gain post-lesson insights and measure their performance against the community, ultimately helping every participant advance to the next level and reach their full potential.

The Detroit Renegades partner with Alienware for competitive edge

Continuing its legacy of providing professional players with the most competitive edge from a hardware perspective, Alienware announces a new partnership with the Detroit Renegades. Owned by Utah Jazz basketball star Jonas Jerebko, the Detroit Renegades sought out Alienware to enable their players to train and compete on the latest Alienware hardware including desktops, laptops and monitors to ensure a world-class experience.

For eight years Alienware has offered a generous Arena Rewards program, and at E3, these benefits will expand with the launch of the Alienware Arena App. Allowing gamers to stay connected to the Alienware gaming community and rewards, the official Android app was built from the ground up for gamers to create and access their accounts on the go and interact with features of the site such as Arena Awards. While most reward programs require a purchase in order to earn points, here they can be earned through games and community engagement. Daily and weekly quests, access to game code giveaways, gaming news and much more give users the chance to win Arena Rewards Points and Dell Advantage Rewards. Arena Rewards Points help level up (noob, casual, enthusiast, veteran, hard core, elite) and win gear, prizes or Dell Advantage Rewards, which offer discounts on products. To be eligible, sign up for both Arena and Dell Advantage. The app will be available on Google Play beginning June 12.

Who’s that player you’re competing with across the digital transom? It’s not necessarily the stereotypical teen loner playing in his parents’ basement. The gaming industry has changed at such an exponential rate in recent years, that the face of gaming has transformed before our eyes, both literally and figuratively. An extensive survey of 5,763 video game players in 11 countries, commissioned by Dell, revealed that today’s gamers are quite diverse; from a coworker with two kids, to the woman next to you at the gym, or, most commonly, a spouse, sibling or friend.

Through online platforms and social media, and fueled by the popularity of esports, the gaming community is ever-expanding while also growing in diversity and inclusiveness.

Gone are the days that being called a “gamer” is derogatory. According to those surveyed, fewer than one in 10 feel either “judged,” “childish” or “embarrassed” being called a “gamer” (8-9% each). Instead, they consider “gamer” a positive label and feel “fun” (35%), “cool” (29%), or “excited” (26%) as a result. While some gamers are willing to self-sacrifice to continue gaming, the majority are well-rounded with interests in music, sports, traveling and socializing. The gaming community has also become less of a “boy’s club,” with only 14% of gamers globally concerned about the gender of their rivals. In general, gamers are welcoming to whomever is behind the computer. When it comes to being matched with rival gamers, culture/ethnicity (8%), political views (7%), and sexual orientation (6%) are for the most part inconsequential to a player. What matters most is the other gamer’s skill level (40%).

Drop by the Dell/Alienware booth (#647 in the South Exhibit Hall) for great demos including Echo Combat, the highly anticipated multiplayer VR game from Ready At Dawn, creators of Echo Arena and Lone Echo. Be sure to stick around after to test your mind with the Intel Memory Game and other interactive experiences. Sign up for the Alienware Academy and register for Alienware Arena Rewards. Try the new Alienware  Gaming Headset with demos in partnership with Final Fantasy to showcase bass responsiveness and in-game audible experiences of the headset. As always, the Alienware.TVstudio team will be providing a “live” platform for competitive gameplay, industry interviews and product showcases. Alongside this will be a stage with daily programming including daily Alienware TV broadcasting and a community hub complemented by the Alienware Arena, which reaches more than six million members through multiple social platforms.