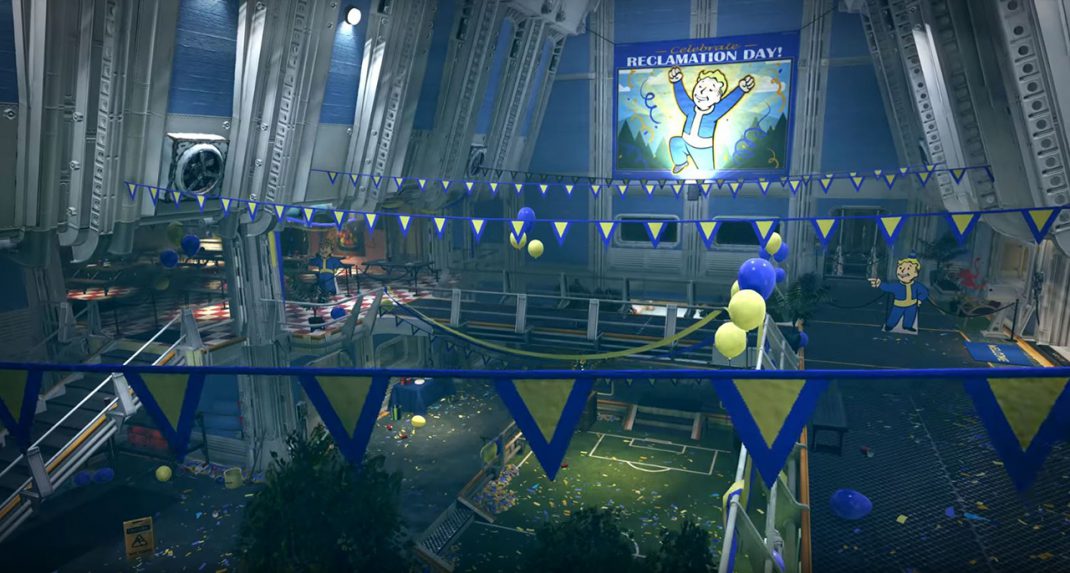 Bethesda Softworks has unveiled their new Fallout game, titled Fallout 76. Not much is known just yet about the game, and more will be revealed during the Bethesda E3 showcase on June 10th, 2018. Based on this trailer, the game seems to be set in West Virginia and involve Vault 76, as “Reclamation Day”. That is supposed to be the day when it it is safe to return to the surface. What kind of game is Fallout 76?? We’ll find out!

From a random Facebook user: Information: Vault 76 was a “control vault” with 500 occupants. No weird experiments in that vault. The date on the Pip-Boy in the trailer is 2102, making this the earliest Fallout game to take place, 25 years after the war. Super mutants weren’t created until 2103, and were made in California. Presumably, this game takes place in West Virginia. In theory, super mutants shouldn’t be in this game, but I’m sure Bethesda will break that lore. Reclamation day is in reference to the date the Vault opens, and the population begins to rebuild the world. The trailer is clearly in the Fallout 4 engine.