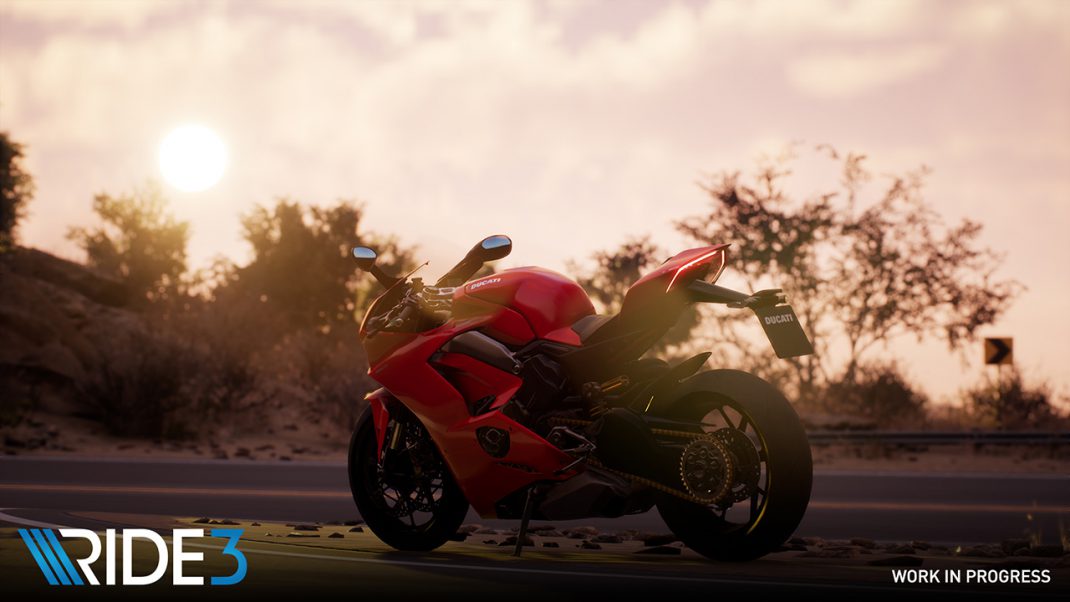 Milan, 16h May 2018: Milestone, one of the leading and longest established racing game developer in the world, is glad to announce its successful IP dedicated to all two-wheels lovers is returning for the third chapter this year, releasing on November 8th on PlayStation®4, Xbox One and Windows PC/STEAM.

RIDE franchise is one of the most consolidated in Milestone’s portfolio, a series of titles dedicated to all motorbikes’ fans. The series has established itself as a tribute to the motorbike culture, recognized as unique in its genre thanks to the extremely wide offer, with RIDE 2 winner of the Guinness World Record for Most licensed bikes in a videogame, and to the game experience it offers.

While continuing the franchise’s tradition, RIDE 3 has been revised especially in terms of realism, customization and for the variety of content included: a mix of elements that make this third edition of RIDE the ultimate motorbike encyclopedia, a realistic and adrenalin-packed title dedicated to those addicted to racing.

RIDE 3 has a whole new heart, Unreal Engine 4, and a completely revised experience: whilst maintaining the identity of the series, this title brings a bunch of new features and elements that will make the player feel the adrenaline like a real rider. The list of tracks has been increased to satisfy everyone’s tastes and needs: there will be GPs and Supermoto tracks for those who wants to feel like professional riders, Country and City circuits to ride in the most iconic places around the world, Road Races to race on road circuits and Drag Races for those who love acceleration races that take place on straight tracks.

These are only some of the innovations that RIDE 3 is set to bring to the players, and if that’s not enough, key features of the game will also include:

Mechanical customization options will include more than 500 customizable bike parts: players will be able to create their perfect ride deciding whether to pimp their engine or intervene on brakes and suspensions, as well as modify the transmissions or adjust the wheels as they prefer. Aesthetic customization will include an innovative Livery Editor for limitless creativity, to design the livery of your dreams and share it online;