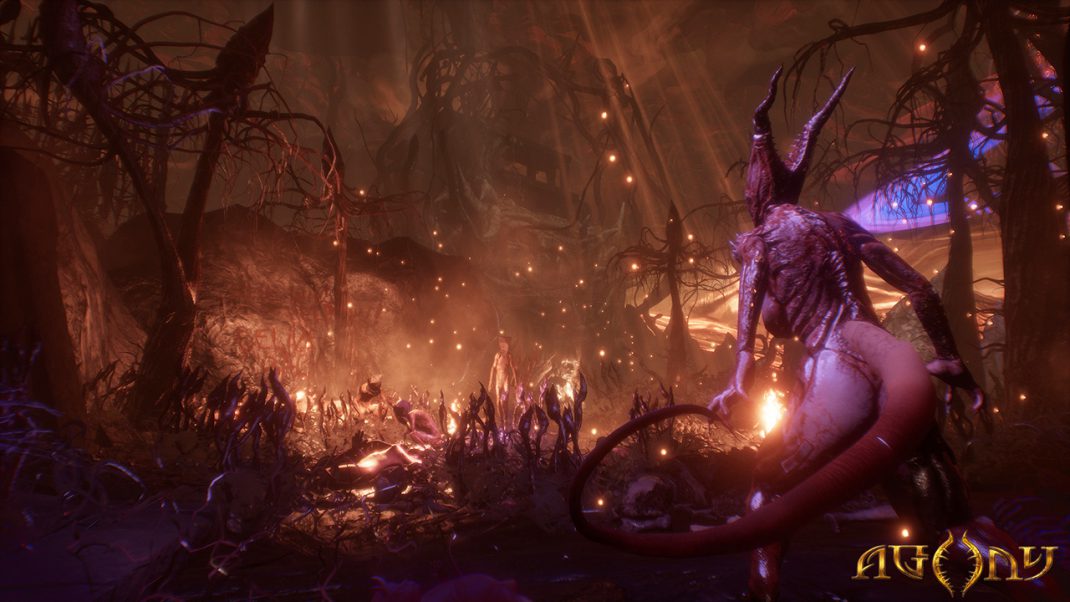 Today’s trailer showcases tormented souls awakening in a nightmare world and sets the tone for the horrific, immersive world of Agony where we get our first glimpses of what our protagonist’s journey entails: an existence ruled by the mysterious Red Goddess, who’s hold over all around her is inescapable. If you’re to escape her reign, you’ll need to learn how to defeat some of the most grotesque and dangerous creatures that hell has ever known.

Agony throws players in the midst of hell where they strive to stay alive and solve the riddle behind the mysterious Red Goddess; architect of this place of sorrow and pain, and the sole entity with knowledge of how escape… but there is more to the story than it seems. Haunted by nightmare creatures, players gain the ability to possess demons and other souls to find their way out of hell.

Since its announcement, Agony has been featured on numerous “Most Anticipated Horror Games 2018” lists and the Kickstarter-financed title is poised to challenge players with its brutal and malevolent environments as one of the premier horror titles of the year.

Agony features a full-fledged story mode as well as an open challenge system that randomly generates levels for players to explore and survive to gain new high scores.