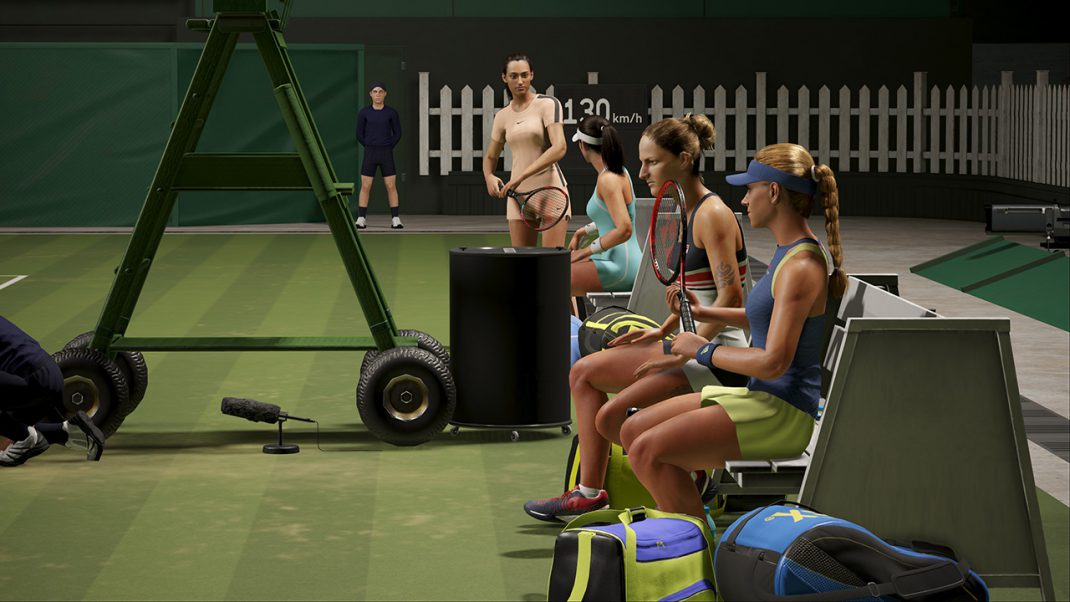 MELBOURNE, Australia – May 8, 2018 – Big Ant Studios and Tennis Australia are delighted to announce AO International Tennis is available today in digital stores across North America for $49.99. Starting today, tennis fans from around the world will be able to jump onto the PlayStation®4, Xbox One and Steam to pick up their copy and compete in realistic, authentic, deep simulations of tennis while putting themselves right into the biggest tournaments around the world.

AO International Tennis’ key feature is the depth of its customization. In addition to making your own decals and logos for your uniforms and equipment, you’ll be recreating your favorite stadia and venues through the comprehensive editor, and even putting yourself right into the experience through PlayFace™: the most advanced visual editor in a sports game ever, allowing you to take a photo and superimpose yourself onto an in-game character for true photo-realism.

“Everyone wants to take on professional tennis players like Rafael Nadal, Angelique Kerber, David Goffin and Karolina Pliskova. You might not be able to do that in real life, but you can certainly put yourself on the court with him in AO International Tennis,” Big Ant Studios CEO Ross Symons said. “In addition to making a tennis game that plays as true to the sport as possible, we really wanted to give players complete ownership over their game, allowing them to play it their way.”

In addition to a comprehensive career mode and the ability to play through the Australian Open tournament, tennis fans will be able to take on one another online, with full online leaderboards giving everyone a chance to carve out their own tennis records and exploits.

“AO International Tennis truly represents the vision that we had for the sport,” Symons said. “We look forward to seeing fans out there on the court!”

AO International Tennis is available today for $49.99 on PlayStation®4, Xbox One and PC via each platform’s respective digital download storefront. It has been enhanced on Xbox One X and PlayStation®4 Pro.