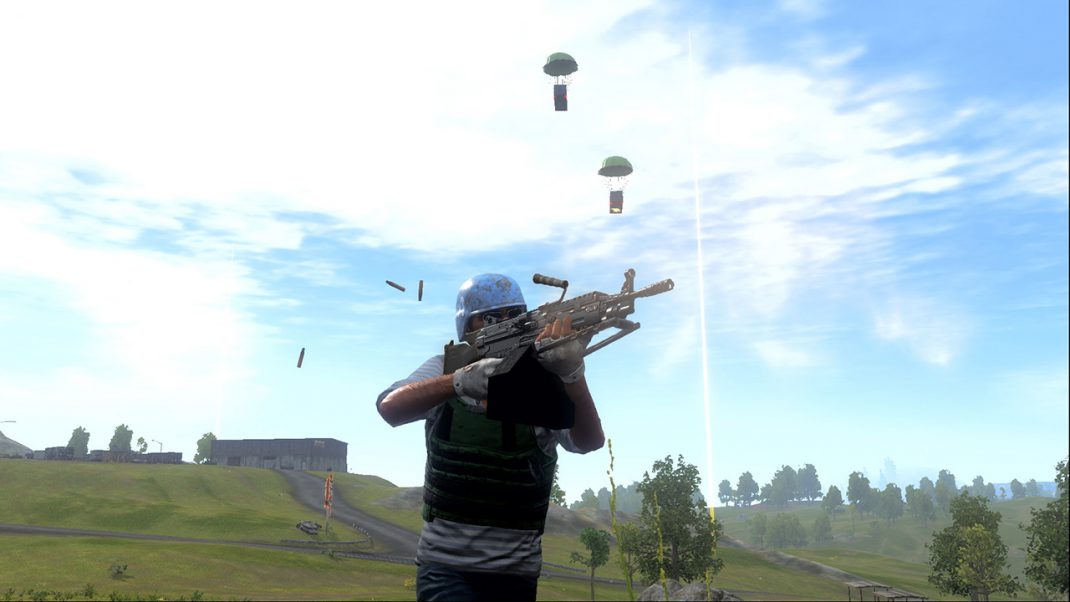 H1Z1 on PS4™ is designed specifically for the console and focuses exclusively on the core elements that make battle royale exciting. The game features a new weapon progression system, fully reworked UI, and new weapons and gear.

“H1Z1 on PS4 is true battle royale mayhem. We have reimagined the game for PlayStation 4 and have designed it to accentuate the essentials of battle royale that make the genre so exciting to watch and play,” said H1Z1 Producer Terrence Yee. “We have added key gameplay differentiators to keep the game frantic and fun — an action shooter’s dream of fast-paced battle royale.”

The control scheme for H1Z1 on PS4 has been tailor-made to keep players focused on the action. H1Z1 now features a grab-and-go equipment system, simplifying loot collection and inventory management; a familiar radial weapon menu so players can quickly switch between guns and grenades; and a revamped HUD that delivers vital information at-a-glance. The crafting system has also been removed from the game.

Capitalizing on increased mobility, the PS4 edition takes H1Z1’s signature fast-paced combat one step further by introducing new gameplay progression mechanics. The game’s gas pacing has been altered to speed up the play of the match and the airdrop system has been revamped to keep players moving and invested in fights.

With the new weapon progression mechanics, players only have access to loot six level-one weapons at the start of the match and must strategically decide which airdrops to pursue if they want better level weapons and gear. Mass airdrops are released throughout the map, through which players may pick up familiar weapons like the AK and AR, as well as the new KH43, Marauder, Combat Shotgun, CNQ-09, Scout Rifle and MK46. Airdrops serve as the primary way to secure higher powered armor, which have been retooled to provide players with a health bonus.

While airdrops will be the primary method to secure leveled-up gear, special crates that contain level 2 and level 3 weapons and gear have been hidden throughout the map. Players with a more passive strategy may diligently search the world for these rare crates, which emit a low radio chatter and signal beacon when they are in proximity.

H1Z1 has been fully optimized for the PlayStation 4 and runs at 60 frames-per-second on PS4 Pro. The game’s first Closed Beta weekend starts this month, and players can sign up now at the game’s official website: www.H1Z1.com/PlayStation4

Starting today through May 22, 2018, players can preorder a special H1Z1 bundle for $29.99 for unique in-game cosmetic items that will be granted at the start of Open Beta. They’ll also be given a dynamic theme at the time of purchase. PlayStation Plus Members will receive 20% off their preorder purchase.