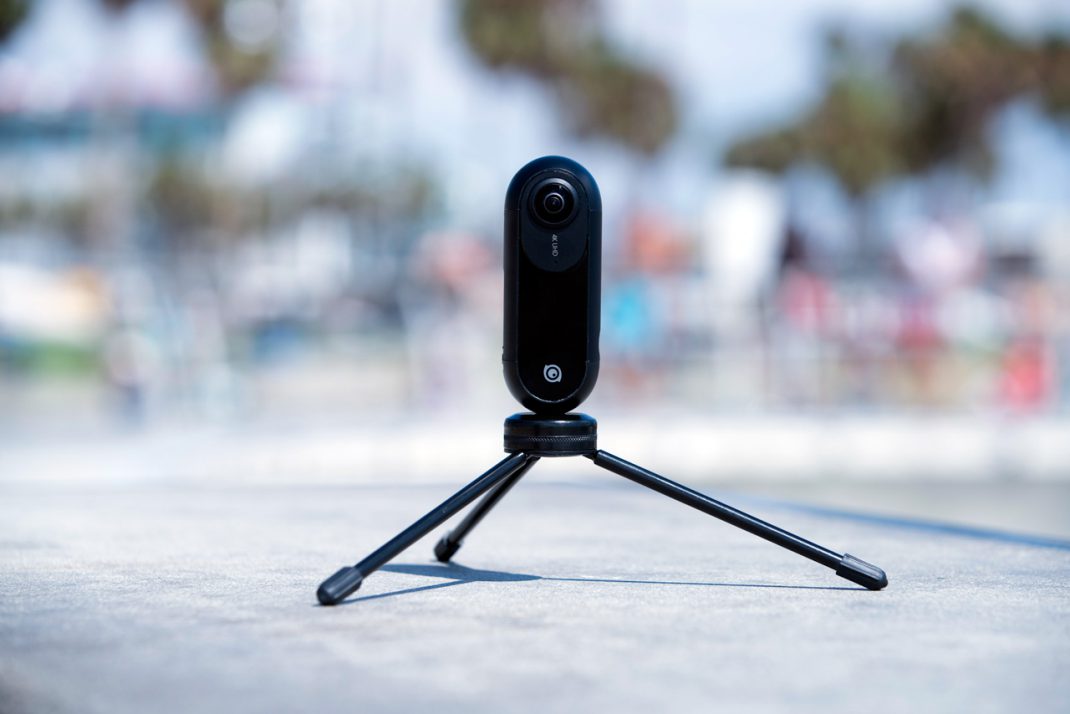 Los Angeles, March 20 – Innovative camera maker Insta360 today announced a major update for its popular Insta360 ONE, adding a groundbreaking stabilization technology and smart editing features that put the camera at the forefront of a new type of photography – using 360-degree camera technology to improve the way we create traditional, “flat” video and photos.

“360-degree cameras free people to live in the moment, without the distraction of recording an experience from behind a screen. And this benefit applies whether your goal is to share an immersive 360-degree video, or just post a few clips to Instagram,” said JK Liu, Insta360 Founder and CEO. “The updated Insta360 ONE makes it easy to grab the best parts of a 360 video, and put them together into a pro-quality edit that’s ready to share anywhere.”

The new features are part of the latest version of the Insta360 ONE app, available here later this week

Go with the flow.

The first step to creating compelling content from a 360-degree video is to be sure that the original video is as smooth and stable as possible. That’s why the updated Insta360 ONE introduces all-new FlowState stabilization, a proprietary stabilization technology that captures hypnotically smooth video.

Comparisons show that a ONE using FlowState stabilization produces smoother video than a leading smartphone mounted on a gimbal. Meanwhile, the fact that FlowState is native to the ONE, with no accessories required, vastly expands its range of use – allowing users to directly mount the ONE on vehicles, selfie sticks and drones, while still ensuring a stable result.

A camera crew in your hand.

The updated Insta360 ONE also introduces new tools to quickly and simply edit together the best parts of 360 videos, and to take full advantage of the new creative possibilities they open up.

When editing a 360 video in the Insta360 ONE app, users will have three choices of how to re-capture the key moments. New Pivot Points allow users to set points of interest throughout a video, giving an outline of the story they’d like to tell. Once set, the app automatically connects the points using ultra-smooth camera movements. It’s a fast, simple way to create professional-quality edits that would otherwise take hours on a desktop running specialized post-production software – not to mention multiple cameras covering different angles of a scene to begin with.

The newly improved SmartTrack lets a user select a key object or feature within the scene, then automatically holds it in center-frame throughout the video. The extra space for cropping offered by the 360° field of view, combined with proprietary FlowState stabilization, creates strikingly smooth tracking shots, all with a single tap.

ViewFinder mode gives total manual control. A user can maneuver their phone exactly as they would if they were recording an experience in real-time with their smartphone camera – turning from side to side, and adjusting zoom on the fly. Whatever they capture in their “re-shoot” will be saved as a new video. The possibilities are literally infinite.

The ONE’s upgraded stabilization also makes creating stunning hyperlapses (that is, a time-lapse where the camera itself is moving from one place to another) easier than ever.

Rather than painstakingly shooting every frame of a hyperlapse with a DSLR, or using a stabilizing accessory, ONE users can simply run and gun. FlowState stabilization will take care of creating a video that’s stable enough to be hyper-lapsed, and the app will take care of the rest.

Even better, creators will have a 360 video as the raw material for their hyperlapse, allowing them to freely guide the viewer’s perspective in any direction as the camera moves through time and space.

The app Insta360 ONE users can take advantage of all of today’s updates by downloading the latest app here when it goes online later this week and following prompts to install the latest firmware.

The Insta360 ONE is available at Insta360.com, and at Apple.com and Apple Stores in select countries.