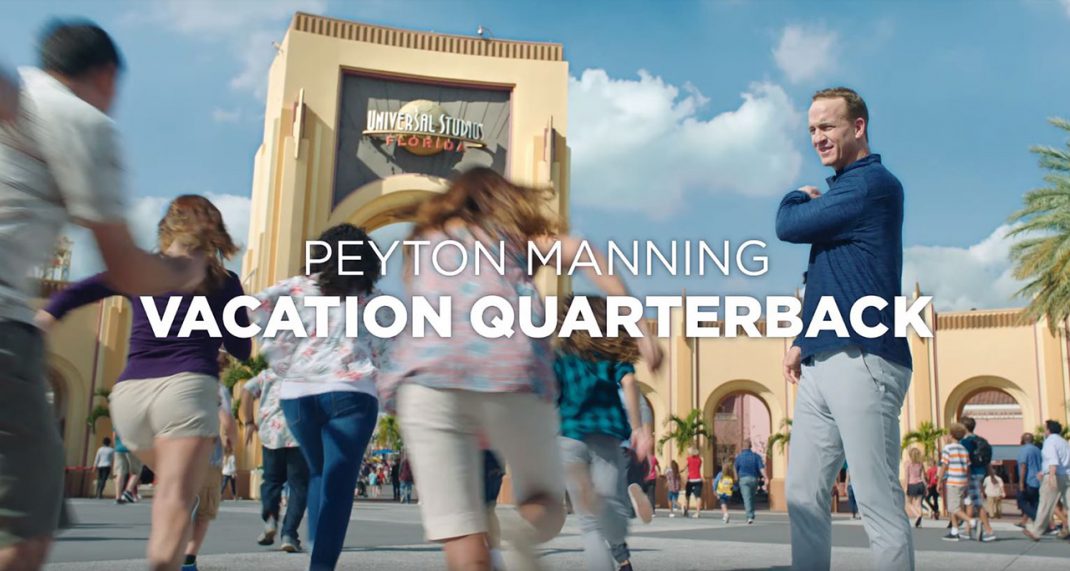 Orlando, FL, January 30, 2018 – Peyton Manning becomes vacation quarterback to America in a new Universal Parks & Resorts commercial set to air during the Super Bowl – coaching families to take their vacation to the next level at Universal Studios Hollywood and Universal Orlando Resort.

“This is your moment,” Peyton coaches a family starting its day at a Universal theme park in the extended version of the spot. “You are more than a team. You are a family. Now let’s get out there and play.”

Manning joins the family during both spots to ensure they really do take fun to the next level. He screams on a roller coaster, scrambles away from a Raptor showing its “game face,” and has a churro intercepted right out of his hands – and more.