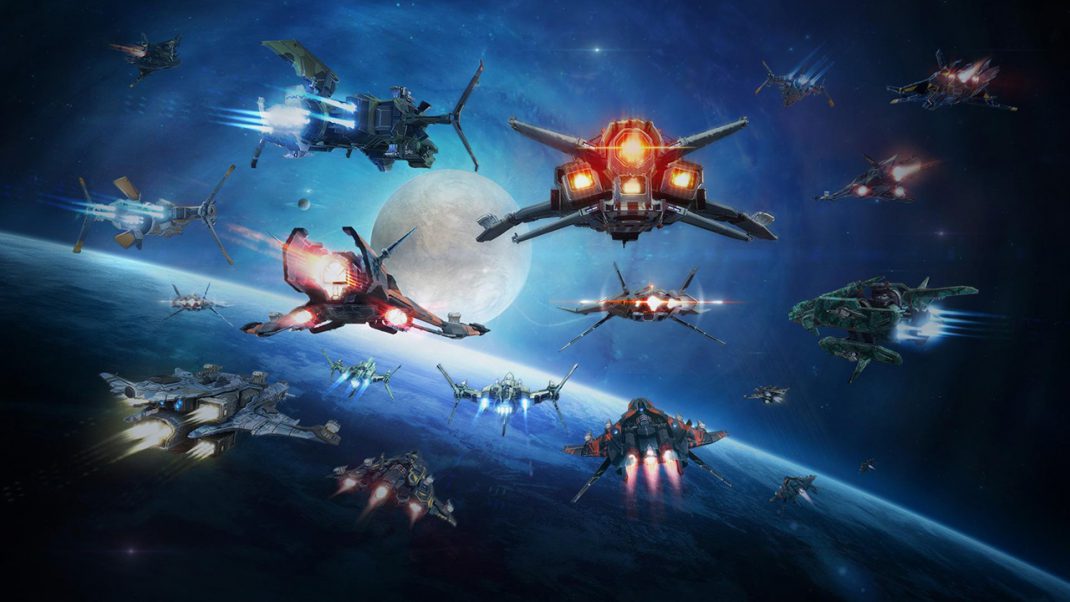 December 21, 2017 – StarGem Inc. and Gaijin Entertainment released an update, code named “Journey”, for Star Conflict, their intergalactic MMO action game. The transformative update will contain many important changes that gradually roll out including a redesign of the leveling system – players will earn new ranks, receive new space ships and active modules throughout the story campaign as they explore the farthest corners of the known universe and its inhabitants. In addition, players will now be able to further expand their space fleet with new ranks (16th and 17th). These new ranks are the pinnacle of technological progress. Existing ships within their fleet will receive new active and protective modules.

Star Conflict’s “Journey” will take place gradually to ensure proper balancing, but during the implementation of the full update, from December 19th through January 18th, all players’ flotillas will be replenished with a free new ship Object NY18. When entering the game, pilots will receive a special container daily with the ship’s parts in it and must assemble it. Resembling a flying saucer, Object NY18 can intercept the control of enemy missiles and direct them to desired targets. It also boasts the ability to create a temporary spherical shield behind which the Allies can hide from enemy fire. Object NY18 will suit both beginners and experienced pilots. Depending on the number of selected modules, its rank can be changed from 5th to 15th.

Existing ships within the fleet will be improved over time, but pilots can already try out almost two dozen modules, guns, and modifiers for Command fighters. Those who cannot wait to get their hands on the newest ships of the top 16th rank will be able to acquire them faster by completing special tasks in January.

From December 19th – January 9th, players can earn xenochips and galactic standards taking part in tournaments, completing tasks, and simply winning battles. Rewards can be spent in the game store on special bundles, premium ships, and premium account. Also for the holiday season, there is a 50% discount on all goods in the store.

Read more about the latest changes on the game’s website: http://star-conflict.com/en/news/1362-star-conflict-1-5-0-journey-en