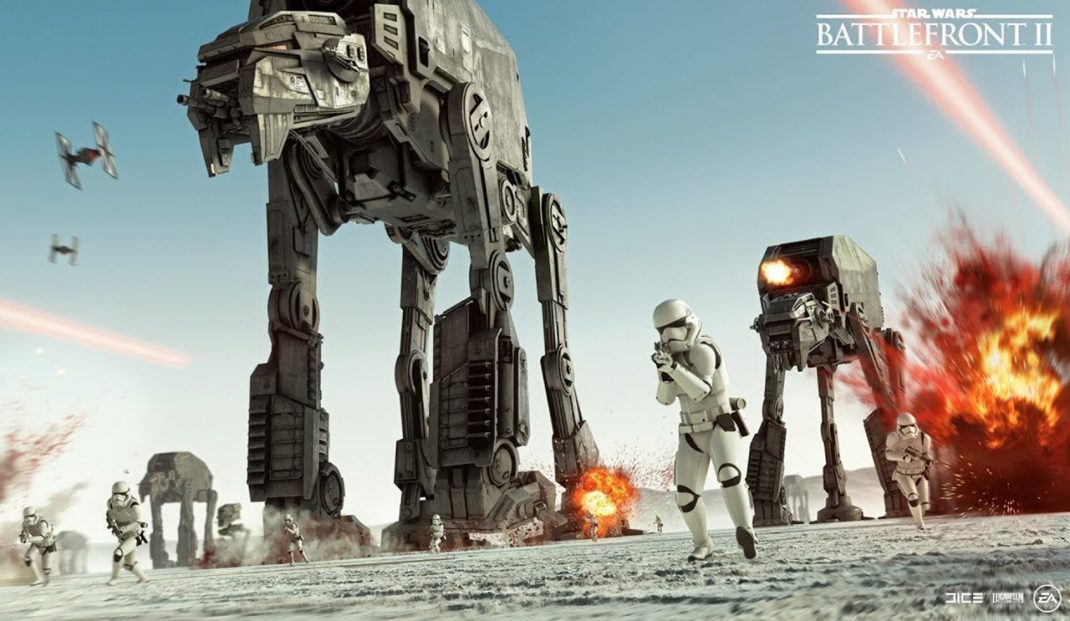 December 13, 2017 – Today, in the first free season of content in Star Wars Battlefront II, fans can jump into the action and experience the excitement of Star Wars™: The Last Jedi™. Finn joins the battle as a playable hero for the Resistance striving to keep the galaxy from oppression, while Captain Phasma is playable as a new villain leading the First Order in combat. Both characters are now unlocked without any Credits required for players who log in during the season. Players can also immerse themselves in the authentic sounds and high-fidelity visuals of two all new locations straight out of the film. Battle on Crait in epic 20 vs 20 Galactic Assault matches or go above the Resistance Base on the planet D’Qar in intense 12 vs 12 Starfighter Assault dogfights in space. To begin Star Wars Battlefront II The Last Jedi Season, players must first choose to fight for the Resistance or The First Order. This choice will be linked to recurring Challenges that rewards players on both the individual and faction-wide levels.

In Star Wars Battlefront II Resurrection, also available for free as a part of Star Wars Battlefront II The Last Jedi Season, players can continue Iden Versio’s journey through the First Order’s rise to power. Taking place after completion of the single player campaign, Iden returns to search for answers in three all new chapters. In her pursuit, she uncovers secrets of the First Order that leads into the events of Star Wars: The Last Jedi.

Star Wars Battlefront II is powered by three powerhouse studios – DICE, Criterion Games, and Motive Studios – and in partnership with Lucasfilm, delivers three times the content than its predecessor. Spanning all three cinematic eras, the game allows players to live out their deepest Star Wars fantasies as a trooper on the ground, an ace pilot dogfighting in space, and an epic hero dominating the battlefront.

Star Wars Battlefront II is now available worldwide on PlayStation®4, Xbox One, and on Origin for PC. To join the Star WarsBattlefront II conversation, please visit www.facebook.com/EAStarWars, follow us on Twitter® at www.twitter.com/EAStarWars or sign up for the official EA Star Wars newsletter at http://starwars.ea.com/newsletter.