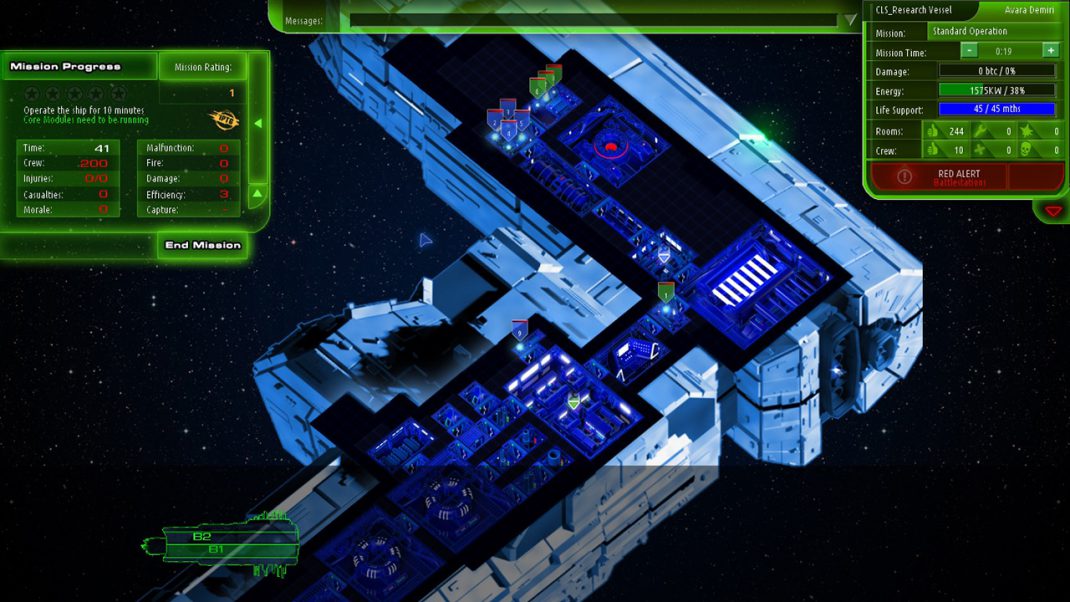 CyO’s do not require air, water, food, healthcare or life support. They can practice any profession and are built to last. If damaged, all they need to do is return to their pod. However, technological advancements such as these come at a price. CyO’s require lots of research and have a high production cost, and if they malfunction they are almost unstoppable. How will you handle a rampaging killing machine threatening to destroy the beloved starship you are building? A new crew management mission has been added that will test the counter-measures of your ship for just this type of emergency.

Decide for yourself if you want to strengthen your crew by adding an artificial human, or if you prefer human error over the threat of malfunctioning, rampaging CyO’s.
The update also adds 10 new contracts for completely automated ships to the market. The 60 contracts currently available in all different areas of space travel can now be approached in a new way, due to the introduction of CyO’s.

Starship Corporation launched in Steam’s Early Access program in 2016 following a successful Indiegogo campaign, in which over 300% of the goal was reached. Interested entrepreneurs can currently purchase or wishlist the game through Steam: http://store.steampowered.com/app/292330/Starship_Corporation/