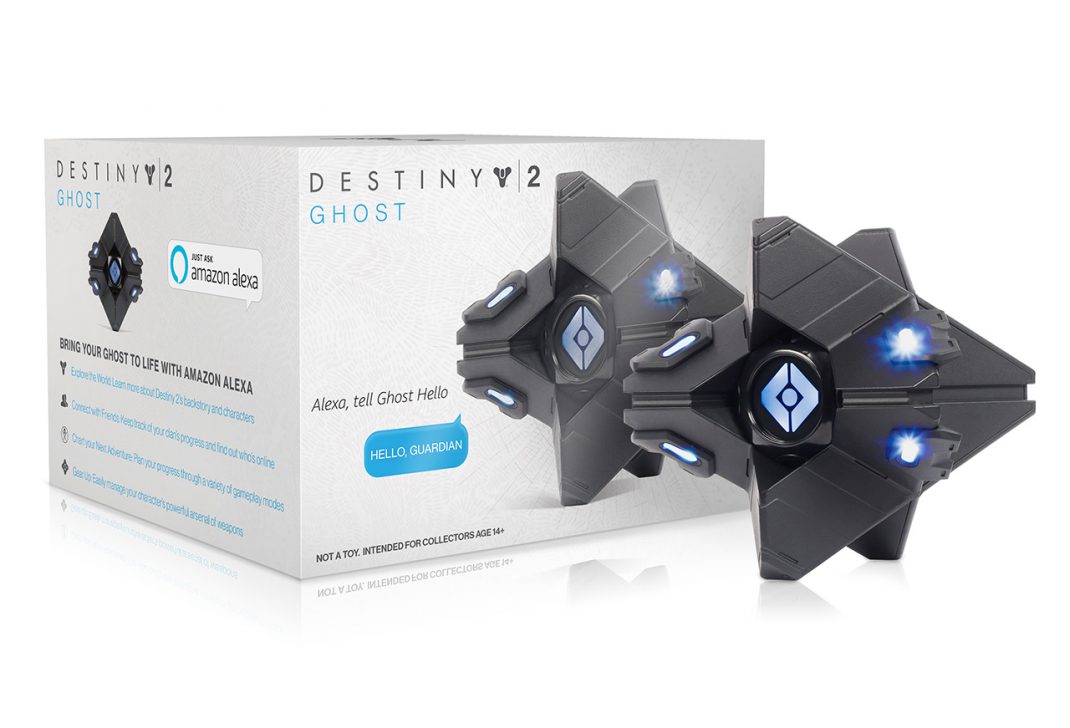 The Destiny 2 Ghost Skill serves as a premier companion for Destiny 2 players, creating brand-new ways to interact with the game, players can say, “Alexa, ask Ghost to…” with a variety of utterances — from “…tell me which friends are online,” to asking “…what should I do next?” giving recommendations for what to play next based on players’ real-time current progress, to “…call for back up,” which offers an easy way to interact with friends in their clan to enhance the social experience of Destiny 2, to “… equip my Raid loadout,” equipping players’ favorite weapons and armor for a number of different gameplay activities, to learning more about the world and characters of Destiny 2 with a request like, “…tell me who are the Red Legion?”

”The Ghost serves as your guide and companion in Destiny 2 the game, and now players will be able to bring that experience into the real world with them through Alexa,” said Eric Hirshberg, CEO of Activision. “The Destiny 2 Ghost skill is the first of its kind and the most innovative and immersive gaming experience to date on Alexa. We’re excited to give our community of players, who are among the most-dedicated fans in the world, new ways to play Destiny 2 with the Ghost skill and Limited-Edition Destiny 2 Ghost. The lines between in-game and out-of-game have been blurred in an incredible new way.”

“Alexa is now part of the Destiny 2 experience, and we’re excited for what that means for Destiny 2 players and the future of games and voice technology,” said Steve Rabuchin, Vice President, Amazon Alexa. “Gaming is an example of where voice can create a more engaging experience in a natural and delightful way for customers. Rather than interrupting gameplay to navigate menus, players can just ask Ghost through Alexa to help with certain tasks. Players love the Destiny 2 experience, and now Alexa can make it even more immersive and fun.”

“Destiny 2 players being able to interact with a physical Ghost paired with an Amazon Alexa is just a really fun and unique idea,” said Pete Parsons, CEO of Bungie. He added, “With our partners at Activision, it’s been exciting to develop this project into a rich, useful skill worthy of Amazon’s Alexa.”

Destiny 2 is rated T for Teen by the ESRB and is available on PlayStation 4, Xbox One and PC at a suggested retail price of $59.99. The product line-up also features the Destiny 2 – Game + Expansion Pass Bundle at $89.99 SRP, the Destiny 2 – Digital Deluxe Edition featuring premium digital content at $99.99 SRP, the Limited Edition at $99.99 SRP, and the Collector’s Edition, featuring a fully-wearable Destiny 2 – Frontier Bag, Expansion Pass, premium digital content and a Cabal-themed Collector’s Box for $249.99 SRP. The Destiny 2 Ghost skill for Alexa was developed by Activision and Bungie, with support from AKQA.