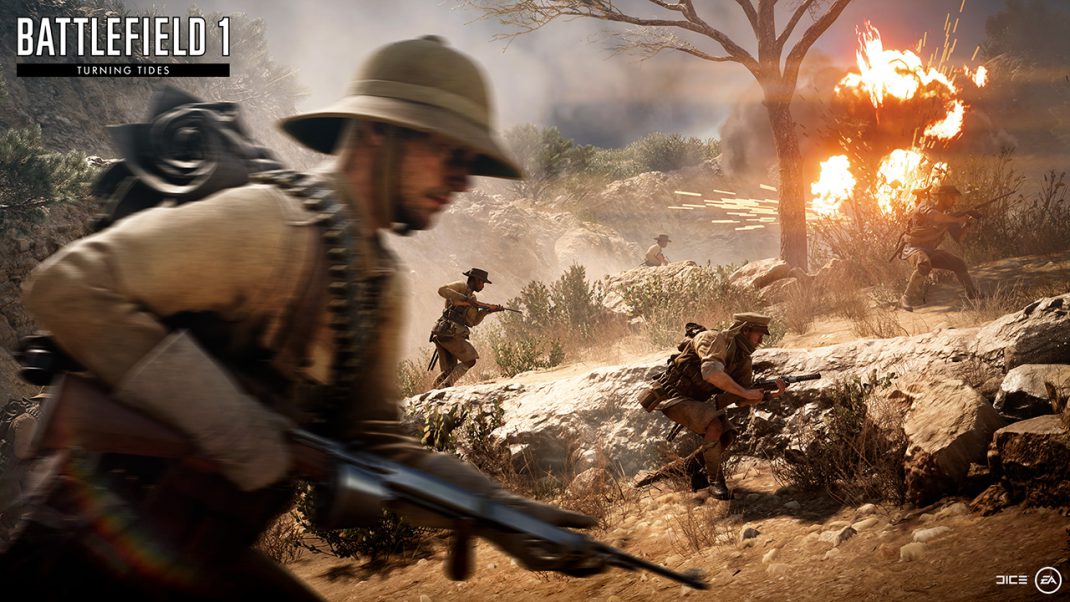 November 22, 2017 – Players will soon be able to experience battles on land, in the air, and at sea on the newest front with Battlefield 1 Turning Tides, the third expansion pack available for Battlefield 1.

Battlefield 1 Turning Tides will be released in two waves – the first wave is coming on December 11th for Battlefield 1 Premium Pass owners. Players will be able to fight across a duo of epic maps, including Cape Helles and Achi Baba. In a new Operation set on these maps, players can take part in the 1915 British amphibious assault of the Gallipoli peninsula. There will be a new Infiltrator Elite Class, six weapons and two melee weapons added to your arsenal, and you’ll get to rule the waves with the L-Class Destroyer.

The second wave, coming January 2018, puts players in the North Sea to tackle two other unique maps: Zeebrugge and Heligoland Blight, with the chance to charge into battle with the new Royal Marines and spawn on the C-Class Airship.