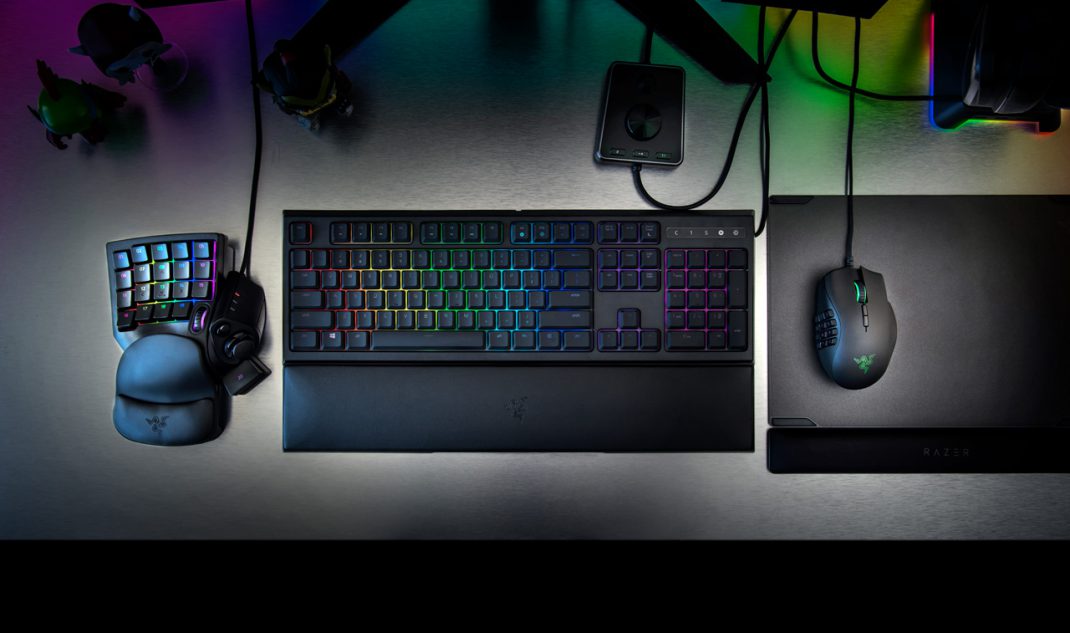 The Razer Naga Trinity, the ninth iteration of the best-selling Razer Naga family, is a modular mouse featuring three interchangeable side plates. Users can opt for the iconic original 12-button thumb grid of the Razer Naga Chroma designed for MMO games like “World of Warcraft™”, or the seven-button thumb wheel of the Razer Naga Hex V2 for MOBA and hack-and-slash titles like “Heroes of the Storm™” and “Diablo III™.” A new two-button configuration completes the trifecta, sporting a minimalistic feel that is perfect for general use.

When using the 12-button configuration, gamers will have up to 19 programmable keys for customization.

For even greater game control at your fingertips, gamers can also own the Razer Tartarus V2. The new ergonomic gaming keypad has 32 fully programmable keys (seven more keys than its predecessor) and features Razer’s Mecha-Membrane key technology that offers both a soft, cushioned touch and a crisp, tactile click with each keystroke.

Users can further expand commands with the eight-way directional thumbpad and three-way scroll wheel, enabling full reign of movement and endless spell combinations. Existing commands may be doubled using Razer’s Hypershift mode, which opens a secondary set of commands for macros, windows shortcuts, and everything else that can be layered on top of your current settings. Multiple personalized gaming profiles can be created and saved in the cloud via Razer Synapse 3 (Beta) Cloud Storage.

“Customization is what sets our peripherals apart from the competition,” says Min-Liang Tan, Razer co-founder and CEO. “This mouse and keypad adapts to you: your game and your playstyle. From ‘World of Warcraft’ to ‘Heroes of the Storm,’ these peripherals put the controls in your hands the way you want it.”

The Razer Naga Trinity and Razer Tartarus V2 are also Powered by Razer Chroma™, with up to 16.8 million color options. Button remapping, surface calibration and Razer Chroma lighting effects are all configured and controlled via Razer Synapse 3 (Beta). Many popular games allow for Razer Chroma lighting integration, as well as tutorials, in-game actions and other interactive developer effects.

The mouse and keypad are available on RazerStore.com in Q4 2017.

For more information on the Razer Naga Trinity, visit https://www.razerzone.com/gaming-mice/razer-naga-trinity

For more information on the Tartarus V2, visit http://www.razerzone.com/gaming-kaypad/razer-tartarus-v2