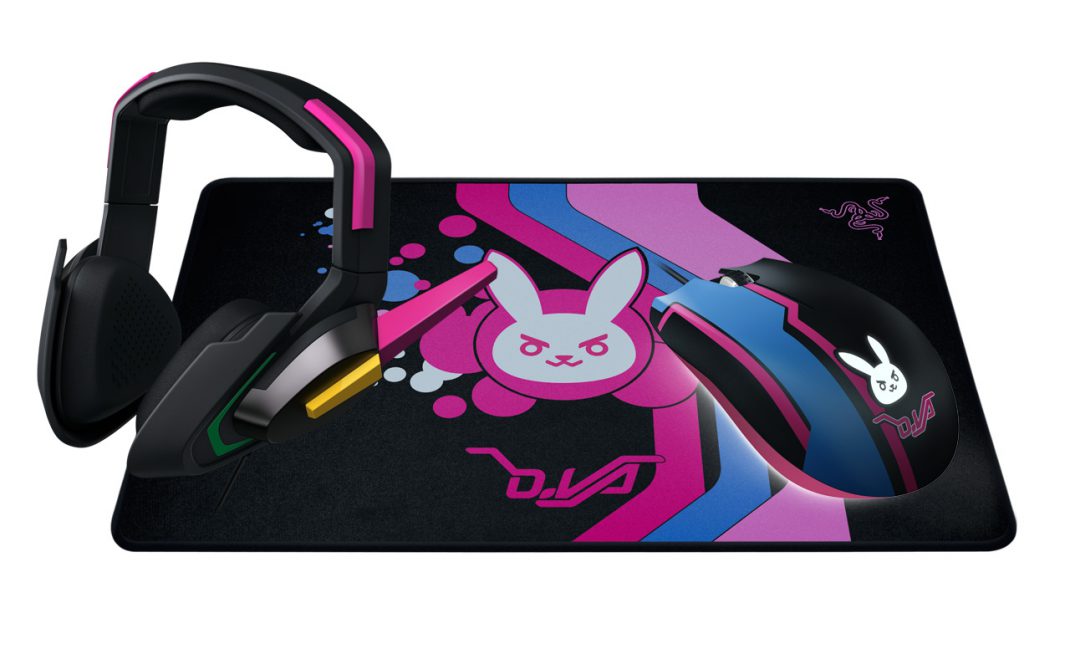 ANAHEIM, Calif. (BLIZZCON 2017) – Razer™, the leading global lifestyle brand for gamers, today announced the officially licensed D.Va peripheral suite for Overwatch™, the record-breaking, team-based game by Blizzard Entertainment, developer and publisher of some of the world’s most epic games.

“Since launching over a year ago, Overwatch has become a worldwide phenomenon and so has the love and affection for Blizzard’s beloved character, D.Va,” says Min-Liang Tan, Razer co-founder and CEO. “She’s a gamer through and through and plays to win. When the idea to have a character-specific suite of products came up, the decision was ‘easy mode.’”

The D.Va Razer MEKA gaming headset features an omnidirectional mic and in-line controls for seamless communication with teammates. It is compatible with PC, Mac, Xbox One™, Playstation® and mobile devices.

The D.Va Razer Goliathus mouse mat complements D.Va’s new Abyssus, optimized for all types of sensitivity settings and sensors types on any mouse.

Overwatch is a team-based, multiplayer shooter featuring a cast of 21 dynamic heroes. Taking place on a near-future Earth, Overwatch gives players the ability to bend time, defy physics, and unleash over-the-top powers and weapons. Teams compete in six-on-six, objective-based maps set across the world; players will vie for control of an ancient temple in Egypt, escort an EMP device through King’s Row in London, battle for control of Lijiang Tower in China, and more—all while swapping between playable characters on the fly.