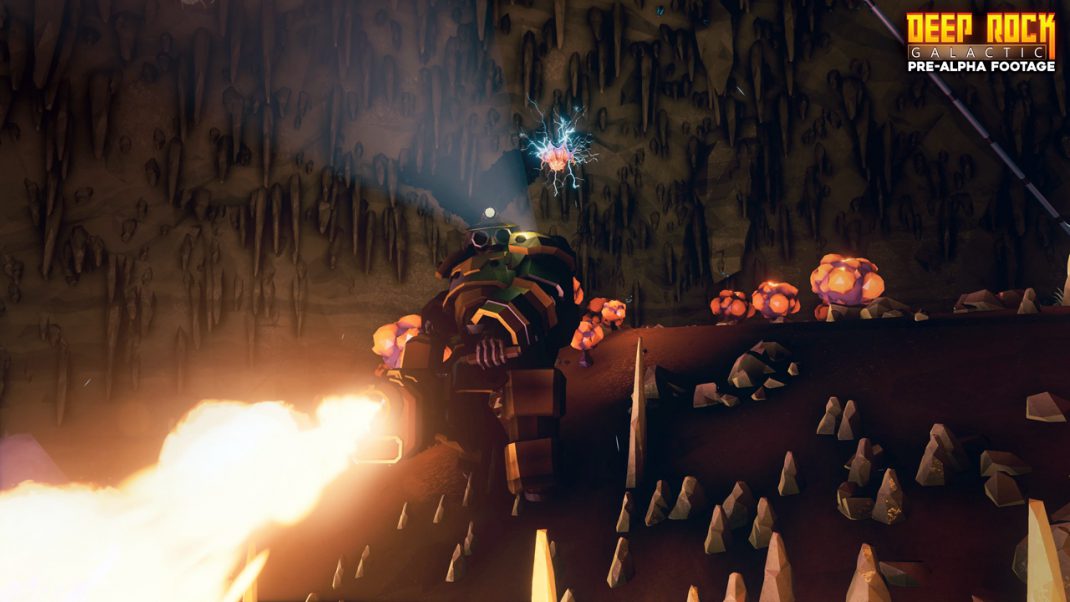 November 2nd, 2017 Stockholm, Sweden: Coffee Stain Publishing and Ghost Ship Games are offering budding intergalactic miners the chance to join the final Open Alpha Weekend of Deep Rock Galactic, taking place from November 9th to 12th.  Deep Rock Galactic first began recruiting brave space mining dwarves when it enterd Closed Alpha on Steam in December 2016 and since then tens of thousands of the finest recruits across the galaxy have taken part in testing and you can be the next bearded badass if you sign up before midnight on November 6th.

Deep Rock Galactic is a co-op shooter which takes up to 4 players through perilous procedurally generated caves in search of valuable and rare minerals. Heading to Steam Early Access and Game Preview on the Xbox/Windows 10 Store in 2018, players impatient to grapple with hordes of dwarf hungry monsters should act now. To ensure player safety in the Open Alpha, Deep Rock Galactic has limited access to a smaller set of the caves of Hoxxes IV to First Dive, Lost Overhang and Infested Chasms, but for the most daring of dwarves there is a brand new mission type that needs testing. In ‘Motherlode’ players are invited to join their bearded brethren in gathering unique and invaluable resources in an extremely perilous Glyphid breeding ground.

You can find more details about the Open Alpha here or watch the official Open Alpha recruitment video here:

To join the Deep Rock Galactic Open Alpha testing initiative on Steam, sign up at deeprockgalactic.com before midnight on November 6th (11:59 PM – CEST)