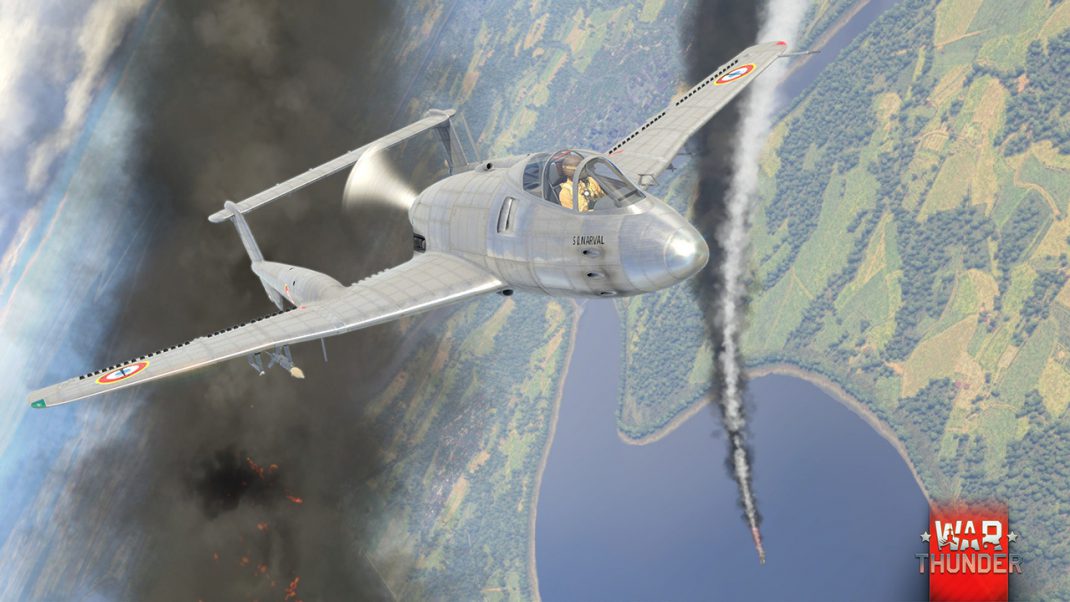 Update 1.73 “Vive la France” adds the seventh separate in-game nation, France, with more than 30 aircraft from early parasol aircraft to post-war jets. The French Air Force will be the first military branch represented in game, with other vehicles types to follow. Distinctive examples of French aviation found in War Thunder are the pre-war Arsenal VG.33 fighter, a plywood construction that reached an impressive 800 km/h dive speed, and the SO.4505 IIA Vautour, a multi-purpose jet that could perform tasks of both fighters and bombers, which serves as a prime example of post-war French jet design philosophy.

War Thunder now also features the first Italian tanks and ships. In advance of the launch of the Italian ground forces, early adopters can now head into battle with Premium vehicles such as the Italian P40 «Leoncello» and US-built M26 «Ariete», with the latter supplied to Italy after it switched sides during World War II. Participants of the Naval Forces Pre-Beta test also had the opportunity to try the Italian torpedo boats as well as the Soldati-class destroyer, among other vessels, on a new Naval forces location inspired by the North Seas. Additional vehicles for the other War Thunder nations include a new reinforcement for Rank VI, the armored fighting vehicle Begleitpanzer 57, and the production version of the Japanese heavy Ho-Ri tank.

The 5 Year Anniversary Celebrations kicked-off with the wheeled tank M8 Greyhound (USA) and I-29 fighter (USSR) being up for grabs as free exclusive anniversary vehicles through a set of in-game tasks. For competitive players, special anniversary tournaments offered the rare, super-heavy E-100 tank and an exclusive He 162A-1 Volksjäger jet fighter as ultimate prizes. Additionally, players that play the game between October 31st and November 6th can obtain exclusive decals and in-game boosters. Both the vehicles and rewards are dedicated to the anniversary and are only available during this period. Furthermore, all players can profit from extensive discounts of up to 50% in the War Thunder store.