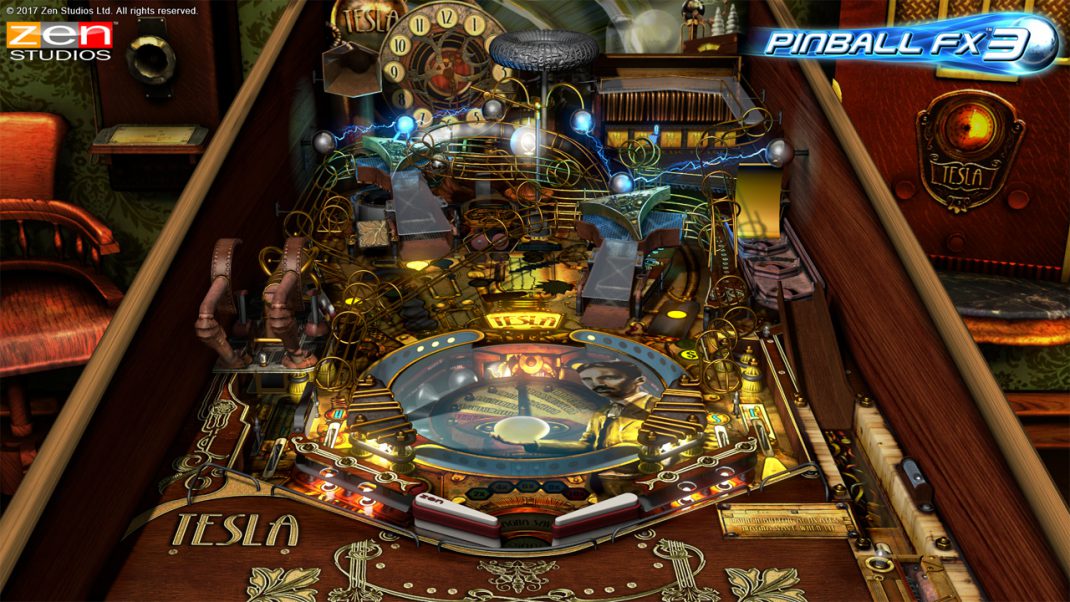 San Francisco, CA – November 1, 2017 –  Zen Studios today announced that Nintendo Switch owners won’t have to wait long to experience the biggest, most community-driven pinball video game service ever created—Pinball FX3 hits the system on Tuesday, November 14, 2017. In addition to evolving the groundbreaking approach to community gaming that has come to define Zen’s series for a full decade, Pinball FX3 takes full advantage of the Nintendo Switch console’s revolutionary capabilities with exclusive features like vertical play orientation and HD rumble support. Thirty tables are available at launch, with more playable content and features to be added in the months to come.

Since 2007, Zen Studios has set the standard for video game pinball. The Pinball FX series balances authentic physics and gameplay mechanics with features that fully embrace the unlimited potential of video games, such as spectacular visual sequences and unparalleled competitive features. Just like traditional pinball, table subject matter includes everything from original takes on themes like sci-fi and fantasy to some of pop culture’s most iconic brands, such as Back to the Future™, E.T. The Extra-Terrestrial™, Aliens, The Walking Dead and more.

Pinball FX3 advances this winning formula with improved graphics and numerous new features that very often lead to “just one more game…” turning into many.

“Nintendo has electrified the industry with the Switch this year, and Zen Studios couldn’t be happier to join in on the phenomenon with Pinball FX3,” says Mel Kirk, Zen’s Vice President, Publishing. “You have to experience the HD rumble yourself to understand just how perfectly it resembles the feel of an actual pinball machine. And turning the screen sideways for a full view of the table might just give Switch players the edge to beat their friends playing on other platforms. We can’t wait for Switch owners to try this out.”

Pinball FX3 is free to download and grants the Sorcerer’s Lair table to players at no cost, while the Carnivals & Legends pack debuts on all available Pinball FX3 platforms on the same day. The complete list is as follows:

© 2017 Nintendo. Nintendo Switch and Joy-Con are trademarks of Nintendo.