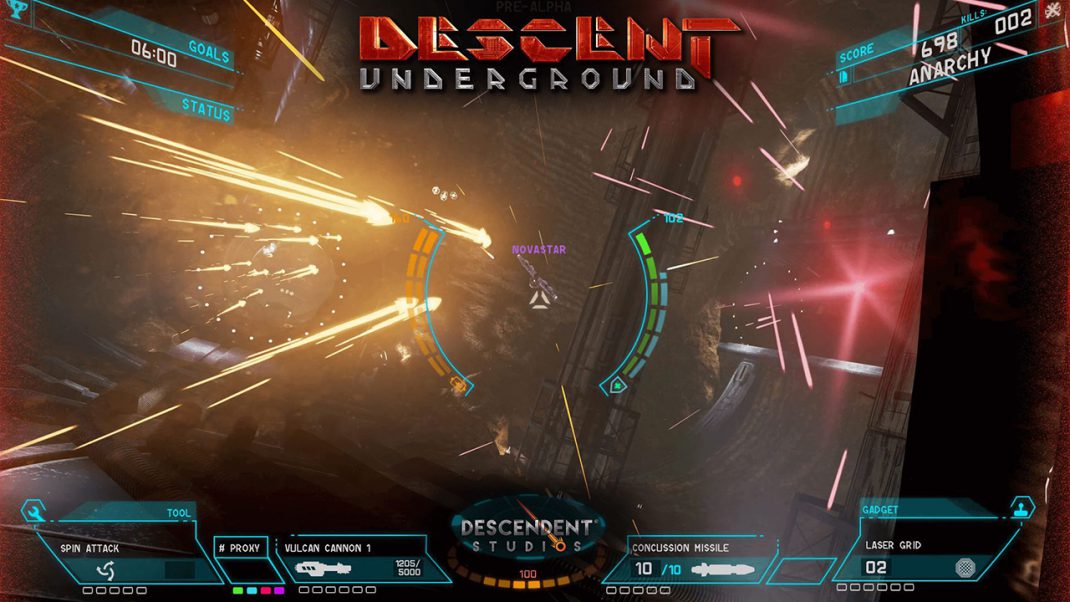 Descent: Underground Coming to PS4 and Xbox One

Rancho Santa Margarita, Calif. – Nov. 1, 2017 – Worldwide Video Game Publisher, Little Orbit, today announced it has partnered with Descendent Studios, the Austin-based developers of Descent: Underground: a reboot of the classic full-freedom shooter Descent. Under the agreement, Little Orbit will publish and distribute the game by expanding distribution of Descent: Underground to include retail boxed copies and console versions for Xbox One and PlayStation 4 in addition to Windows, Mac and Linux.

“We’re proud to help give the Descent series the full, modern AAA rebirth it deserves,” said Matthew Scott, CEO of Little Orbit. “Descendent had the experience, the vision, and the drive. Now with our help, they have the support to take Descent: Underground out of this world!”

In August, Little Orbit took over development of Unsung Story, a crowdfunded tactical RPG project started by Yasumi Matsuno. With Descent: Underground, Descendent will continue to lead development, while Little Orbit is providing completion funding, additional resources, marketing, and distribution. In order to focus on finishing the game faster, Descendent recently delisted the game from early access on Steam and other sites. Little Orbit confirmed that players who purchased Decent: Underground in early access would receive the finished game upon release. Gamers interested in staying up to date with the development process can follow the game on www.BrightLocker.com

More information on the game can be found here: https://littleorbit.com/game/descent/