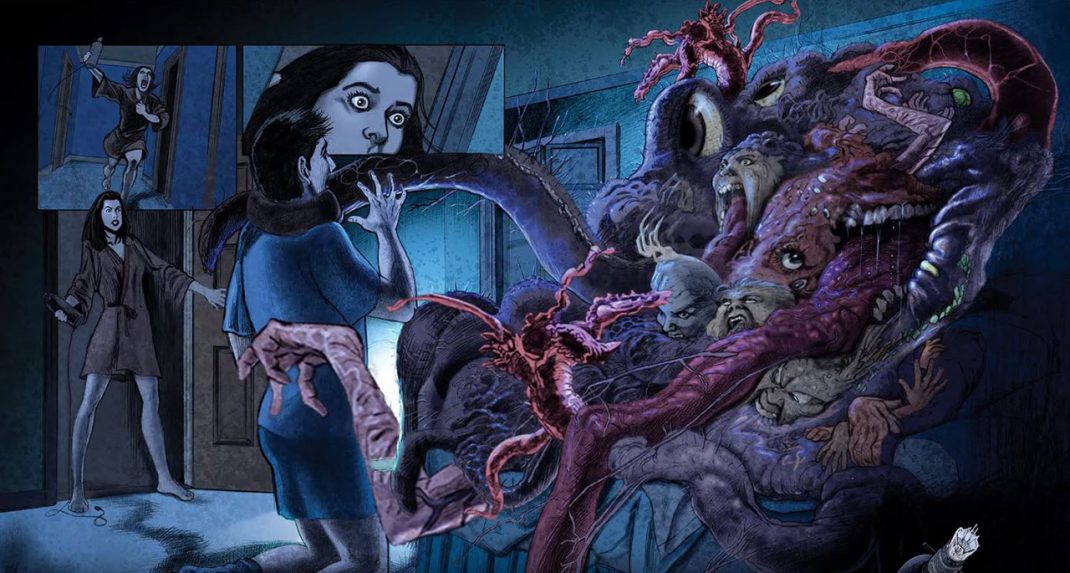 (Hollywood, CA-October 3rd 2017) Award winning comic publisher Storm King Comics announced its convention plans for this year’s New York Comic Con. Their latest Halloween anthology release John Carpenter’s Tales for a HalloweeNight Volume 3 hits stores this week and Storm King will have their NYCC exclusive edition on hand with a cover by legendary comic artist Cat Staggs (Wonder Woman, Crosswind) available at booth 2304. The publisher’s full line of comics and graphic novels will be available as well as exclusive New York Comic Con 2017 Storm King Comics buttons. Each $1 button purchase gets you entered into a MYSTERY BOX raffle. 4 buttons to choose from and each MYSTERY BOX includes over $50 of goods, some signed by the creators. Make sure and download the New York Comic Con app as well to get the beacon password to get a FREE minicomic from the anthology entitled Everlasting Peace created by Sandy King (writer) and Jan Duursema (artist). Grab all the good stuff at the booth and check out the signing schedule for creators that will be on hand to make your NYCC souvenir a once and a lifetime event.

Unfamiliar with the new book? Check out the trailer: