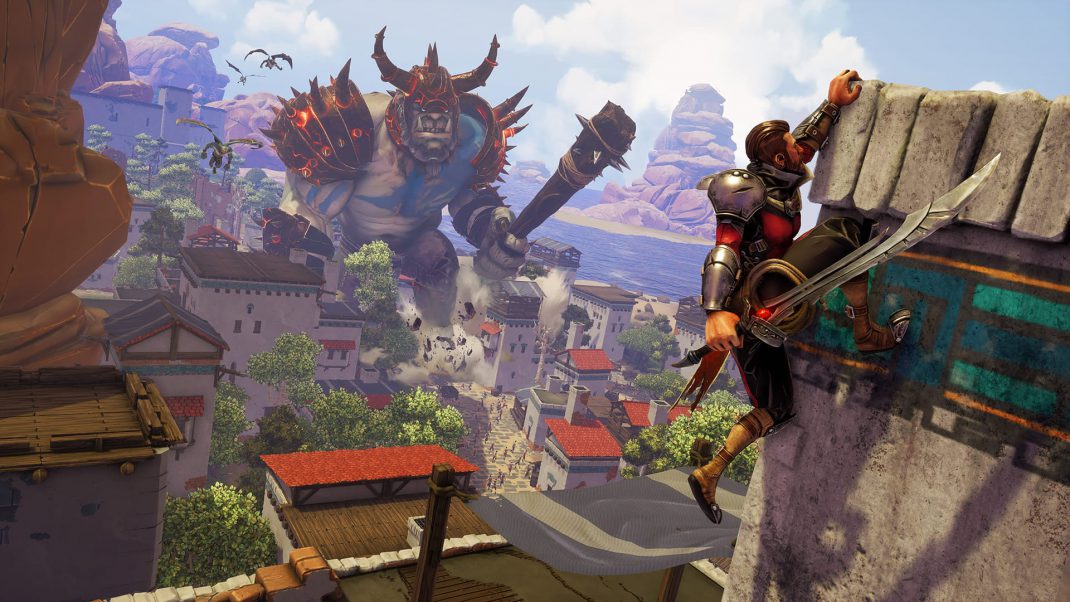 WALNUT CREEK, Calif. (Oct. 4, 2017) — Avil is the last-remaining Sentinel and only he has the power to save humankind. Iron Galaxy presents a brand-new gameplay trailer for their upcoming action-adventure game – Extinction.

Extinction places emphasis on high-speed traversal around an interactive environment. Avil must move quickly – traversing across rooftops, alongside buildings, and more – to save humanity from the encroaching horde, and take down the seemingly endless waves of ogres (known as Ravenii) using his powers as a trained Sentinel. And while the swarm of smaller minions may seem like the crisis at hand, there’s always a larger problem on the horizon.

Armies of ogres are equipped with their own weapons and armor, requiring Avil to use tactical thinking, the structure of the environment, and even the enemies themselves in order to quickly eliminate the giants before they destroy all that’s left of the world and drive it to extinction.

It will take more than raw power to defeat these monstrous foes. Avil needs to use strategy, cunning and quick thinking to permanently take down ogres covered in layers of bone, iron, spikes, thorns, and dark steel.

Avil fights these giants in real-time combat, but there’s only one way to stop them permanently – decapitation. However, a Ravenii decked out in spiked armor isn’t going to be easy to take-down: its armor will injure Avil if he comes in contact with it. Therefore, he must lure a spiked Ravenii into smashing the ground, cracking his own armor until it breaks away. Only then can Avil sever a limb, vertically run up the monster’s torso, and make the finishing blow using a Sentinel’s most valuable skill: a powerful rune strike.

Extinction will be available on PlayStation®4, the family of Xbox One Devices, and PC in Q1 2018.