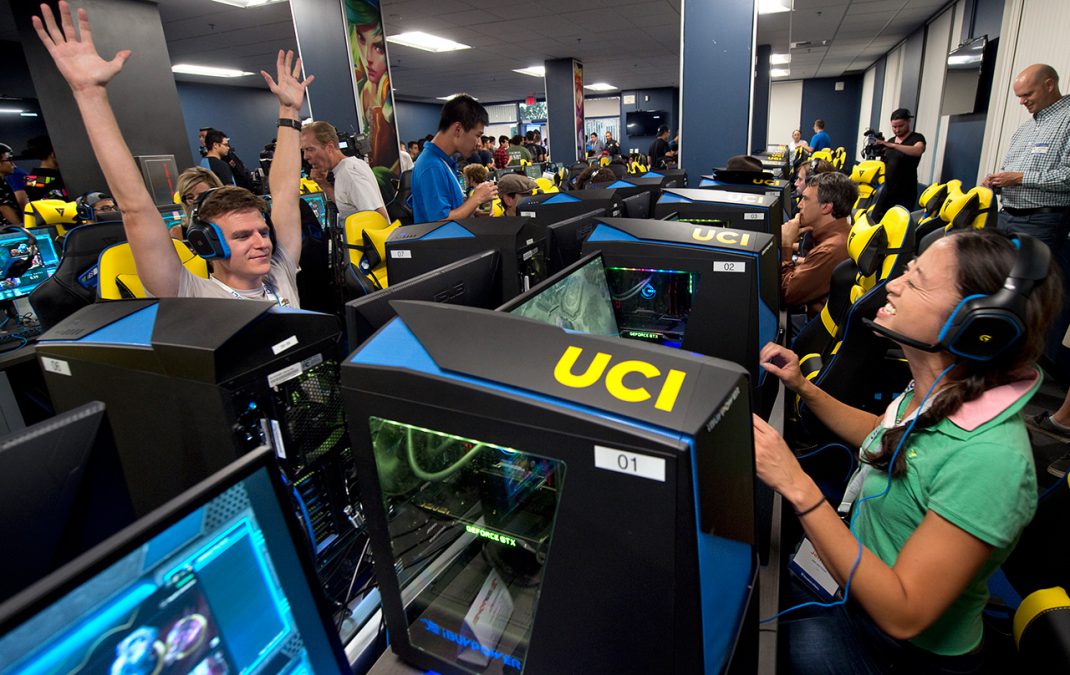 Irvine, Calif., Sept. 29, 2017 – The University of California, Irvine esports program kicks off its fall 2017 season with a festival at the UCI student center today and the introduction of two landmark programs, the UCI Esports Inclusivity Game Plan 2017-2018 and the Orange County High School Esports League, created by the Samueli Foundation in consultation with UCI Esports.

The festival looks back on the first successful year of UCI’s full-fledged esports organization centered on scholarship-supported student players, a high-tech gaming arena located at the UCI Student Center, and the introduction of a new team competing in the popular first-person shooting title, Overwatch.

“We are very proud of what we accomplished in our first year,” said Mark Deppe, UCI Esports acting director. “We built a successful, well-regarded program around the four pillars of competition, academics & research, community, and entertainment. We look forward to growing in each of those areas and striving to be the best collegiate esports program on the planet.”

Looking forward to the fall 2017 season and beyond, the today’s festival will include the introduction of two new initiatives, one centered on bringing people of all backgrounds into competitive gaming and another to launch and esports league in Orange County high schools.

“UCI has a longstanding commitment to inclusivity in collegiate sports programs and all aspects of student life, and our esports program is no exception,” said Steinkuehler. “With this Inclusivity Game Plan we aim to tackle the challenge of inclusion in esports head on to ensure that it is open and welcoming to all who want to participate.”

In winter 2018, the Samueli Foundation is launching the Orange County High School Esports League. In an effort to explore science, technology, engineering and math as well as esports, the foundation is working in consultation with UCI, the Orange County Department of Education, UCI’s Donald Bren School of Information & Computer Science, the Samueli School of Engineering, and Connected Learning Lab. Local high schools will compete throughout the year with a live finals event.

“We are excited to be launching a high school esports league in Orange County. It is more than simply gaming, it is about how esports can engage, excite and energize students to further their education and careers in STEM,” said Gerald Solomon, executive director of the Samueli Foundation. “We will be contracting with UCI to help guide us through not only the competition process, but also funding their noted researchers to examine and report on the evidence that supports the connection between esports and STEM learning.”