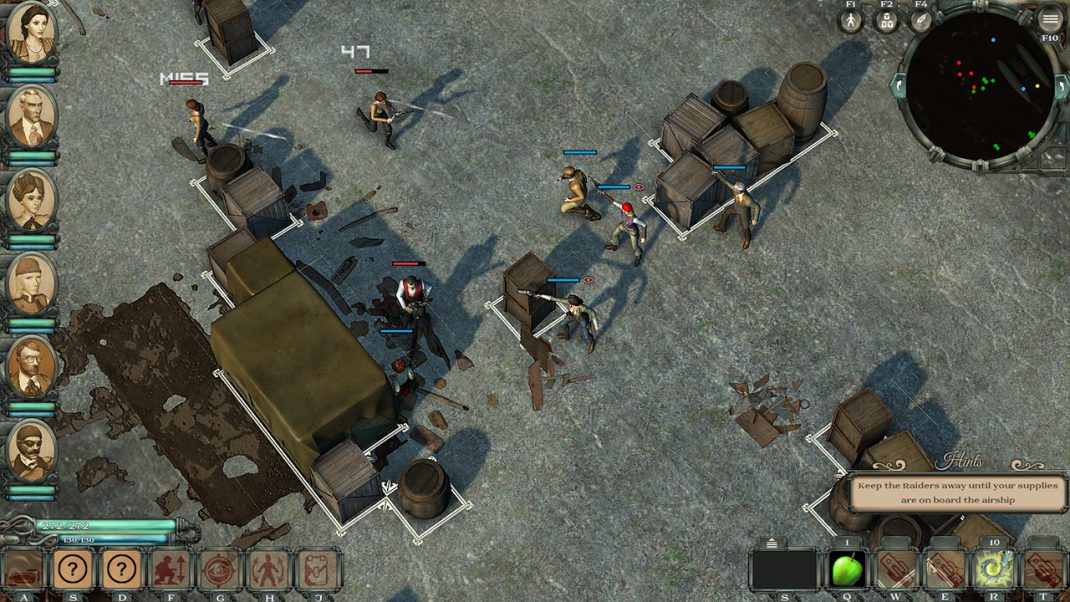 Empyre: Lords of the Sea Gates – A Preview (PC)

The story for Empyre:  Lords of the Sea Gates begins in 1899, when the coastal cities of the world were completely flooded.  New York was hit hard by the flooding and during the chaos that came after the disaster was split into multiple city-states, including the Mano Nera and the Tammany city-states.  The game properly begins in the year of 1911, with your city-state facing rash food shortages, undrinkable water, and political strife.  You are sent out to find a solution to the water and food shortages and make sure your city-state survives. 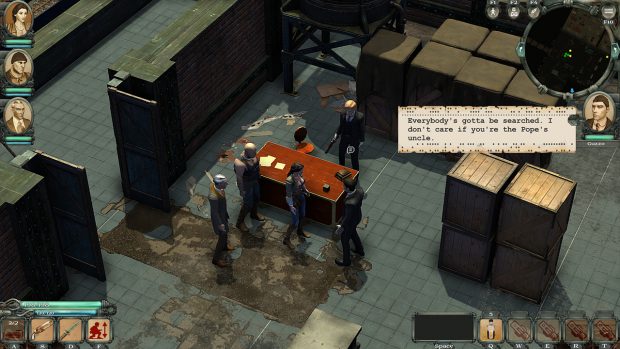 Before I get into my time with the story, I do need to address a few things that set me against the game to begin with.  One issue in making a historical game, even one set in an alternative timeline, is that developers usually get their naming wrong.  While choosing the names like Mano Nera and Tammany draws praise from me, calling Empyre:  Lords of the Sea Gates a “Neo Victorian” game shows where the developers didn’t understand their terminology.  The proper term for the time period the game is set in is the Gilded Age in the United States, or even the Edwardian Era if you wanted to use the British eras.  So, a word to developers in the future, be careful about your naming conventions when creating a historical game, especially if the person writing the preview is a historian.  It’s even harder to swallow when they use the line “we did our research” in their Steam advertising.  It’s the little things that can ruin a story for some.

Coin Operated Games does throw in real world places and people for you to run into, which brings the game back into my good graces.  Many locations are iconic, like the Brooklyn Bridge, but you will also see other places that are not as well know.  Likewise with characters you will run into, that is, if you are familiar with New York in the early 20th century.  The developers even went so far as to add real medicines and tonics from the era, but not all were still in use by 1911.  I know, I know…. Hammering a game on historical accuracy may not be what people care about, especially one that is set in an alternate timeline, but when a developer uses authenticity as a selling point, it sticks out to me. 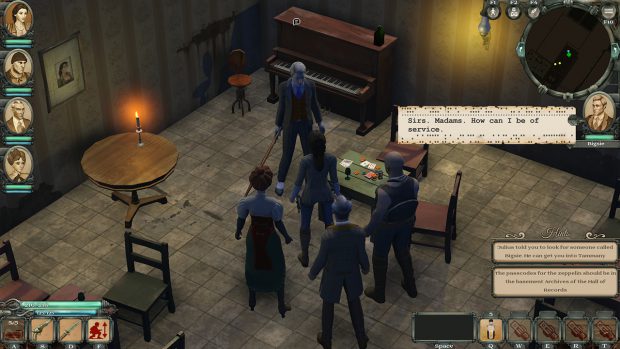 Game play for Empyre:  Lords of the Sea Gates is pretty straight forward for an isometric-view role playing game and it plays pretty much as games of the genre do.  You will move around New York in real time, but will be able to pause time to set up your strategies and tactics, then un-pause time to see what transpires.  You begin the game with a tutorial, that allows you to explore the four different character classes in the game, which pretty much the same four classes you are used to in every RPG.  Empyre:  Lords of the Sea Gates does a good job in getting you up and running, but the user interface can be hard to navigate at times, especially trying to figure out where your next step is to be.

Empyre:  Lords of the Sea Gates does have some interesting bits that are not found in other games, such as their Nerve System or the lack of cash for vendors.  As your characters become injured or stressed, they become nervous and run the risk of failing their tasks at a higher rate.  Managing this stress through exposure to combat or medicine is crucial for key characters that you need.  Also, using weapons to barter for new weapons was an interesting change.  One that felt more immersive and story driven.