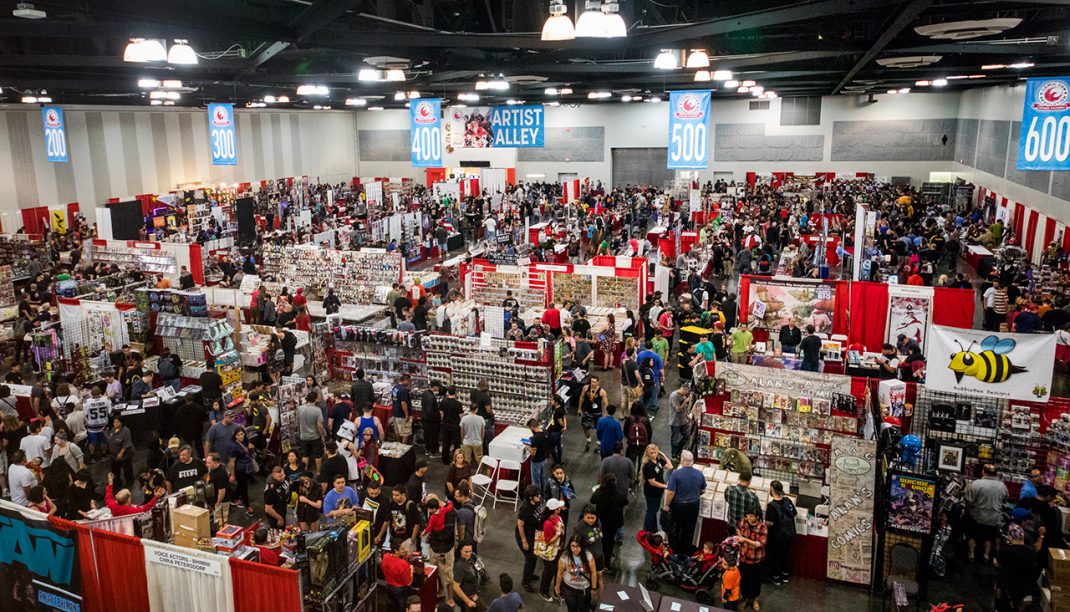 New York, NY September 27, 2017 Atomic Crush Events (ACE) is pleased to announce the return of Comic Con Revolution (CCR) to Ontario, California.  The second annual comic con will be twice as large as year one.  Over double the square footage, more exhibitors, more vendors and even more guests.  CCR will be held on May 19 & 20, 2018 at the Ontario Convention Center and will feature two full days of programming.

“We’ve been hard at work reaching out to exciting and talented creators over the last few months,”  commented ACE Co-Founder Mike Scigliano.  “As each one confirms their participation the first thing we think about is how our attendees will react to the news.”

Not satisfied with just growing exhibit hall and the guest list, Comic Con Revolution will now play host to two days of programming full of panels and events for the entire family.  They’ll also be producing the second annual Cosplay Revolution Costume Contest hosted by Ming Chen with the winners receiving one of the most unique awards ever.  The ultimate goal is to create a full weekend experience.

“We were overwhelmed with the support and love that Ontario and the entire Inland Empire showed Comic Con Revolution last May,” said ACE Co-Founder Drew Seldin.  “It’s driven us to produce a bigger and better experience for 2018.”

Tickets are on sale now and can be purchased by visiting the Comic Con Revolution website www.comicconrevolution.com/ontario/.