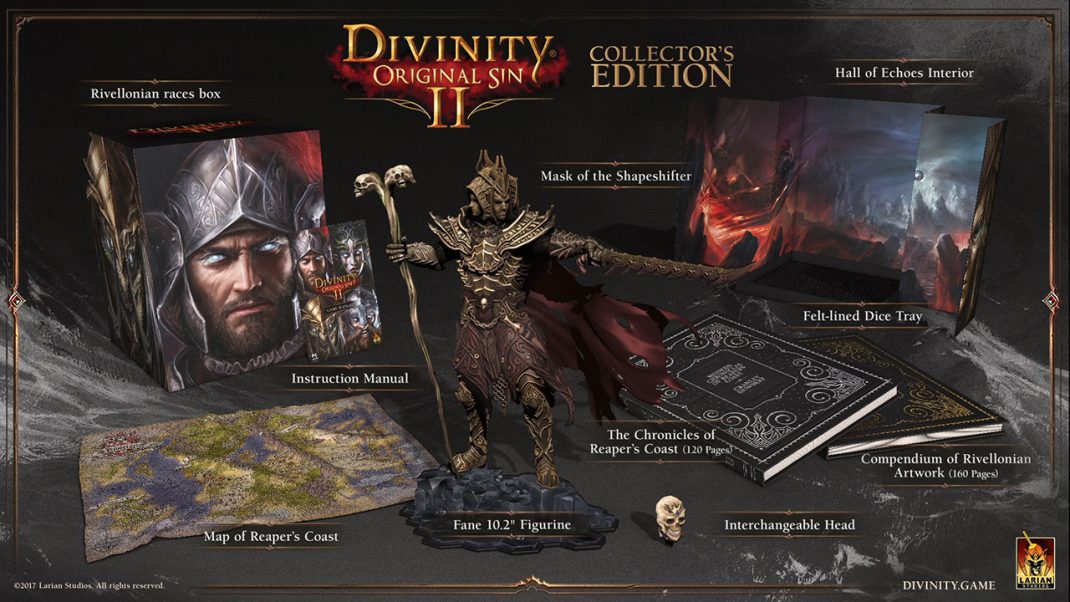 GHENT, Belgium – Aug. 31, 2017 –  Larian Studios has today announced Fane, the sixth and final origin character in Divinity: Original Sin 2. Fane is undead, the final playable faction in the game, and appears as a ghoulish skeleton to the denizens of the world of Rivellon. Undead characters are much more than spooky skeletons, however, and include some fundamentally different gameplay mechanics in Divinity: Original Sin 2.

For a first look at the Collector’s Edition and Fane, check out a new Kickstarter update video at https://youtu.be/7B5rJ_VG7Lw.

Fane was an eager and ambitious scholar entombed by his elders for pursuing forbidden knowledge, and has emerged after centuries of isolation into a very different world than the one he left. Fane enters a Rivellon that fears the site of a fully animated skeleton strolling through town – when he reveals his true form people will flee in fear or attempt to fight him. He and other Eternal characters must disguise themselves with a magical item called the Mask of the Shapeshifter.

Creating the mask comes at a gruesome cost – a fresh corpse is needed and the face must be ripped from it. Once crafted, the Mask of the Shapeshifter allows undead characters to don the appearance and unique racial abilities of any other race in the game. For example, Fane can shift to a Dwarf for better prices from a Dwarven merchant, or shift to an Elf to dine on a corpse and learn their memories with the Elven racial ability Corpse Eater. Multiple masks can be made, and they can even be used by other living characters to disguise themselves as other races, allowing them to approach situations in new ways. If players decide to create their own character, or just play a different origin story, Fane will still appear in the game, where he can be recruited as a companion.

Fane and his origin story are the product of a collaboration between the Larian Studios writing team and famed RPG game writer Chris Avellone. The inclusion of the undead race were part of a stretch goal during Divinity: Original Sin 2’s Kickstarter campaign.

The first act of Divinity: Original Sin 2 is now available on Steam Early Access at http://store.steampowered.com/app/435150/. Download today or wait until launch for the full and final version on September 14th!

Keep up with all things Larian and Divinity on social media: