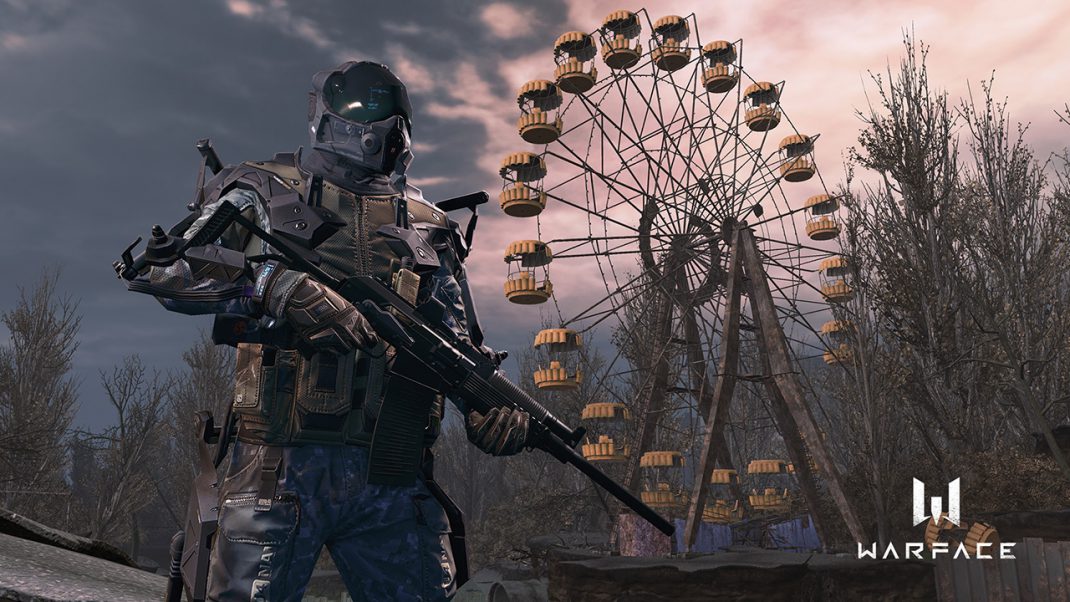 Warface is Going to Chernobyl

Thursday, August 24, 2017 — On the occasion of the annual gamescom in Cologne, global publisher My.com and developer Crytek studio, known for the Far Cry and Crysis series, revealed first details for a new special mission coming to its online shooter Warface. Set in the most renown city of the Chernobyl exclusion zone, “Pripyat” will mark a new milestone in the franchise featuring a rich narrative and new gameplay mechanics for players to discover later this year.

The special operation will be a new large-scale mission, which transports players to the actual site of the Chernobyl disaster. Currently being developed for a late 2017 release, this update is slated to be one of the most ambitious missions that the game has seen to date in both its plot and graphic realism.

Pripyat’s atmospheric setting is sure to make an impression on players, especially fans of post-apocalyptic settings. To ensure the recreation of the authentic environment, developer Crytek visited the exclusion zone several times and studied the terrain allowing them to accurately capture the frightening atmosphere of this tragic place.

“Pripyat is an infamously dangerous place, and now we will give players a chance to find themselves right in the heart of this abandoned city. Once this special operation goes live, it will mark an important milestone in both Warface’s gameplay and plot and will set the stage for a whole series of future plot-related updates, said Michael Khaimzon, creative director of Crytek. “In other words, Pripyat launches a new era in Warface, and our players should be ready for the disclosure of many plot details and secrets.”

In addition to new plot points, “Pripyat” will include an entirely new set of enemies and bosses with uniquely refined combat styles for players to face off against, forcing them to hone their skills and teamwork.

Warface is a popular online co-op shooter from Crytek studio with more than 48 million registered users worldwide. In the beginning of 2017, global publisher My.com took over the publishing and operations of Warface in Europe and North America. The new publisher actively invests in the game on the international market, developing its eSports activities and tournaments including the recently announced first international tournament season Warface Open Cup, which will launch in Europe and in the USA. The winners will proceed to the LAN-Finals in Moscow in early 2018. Teams from Europe, North America, Brazil and Russia will be competing in this tournament.