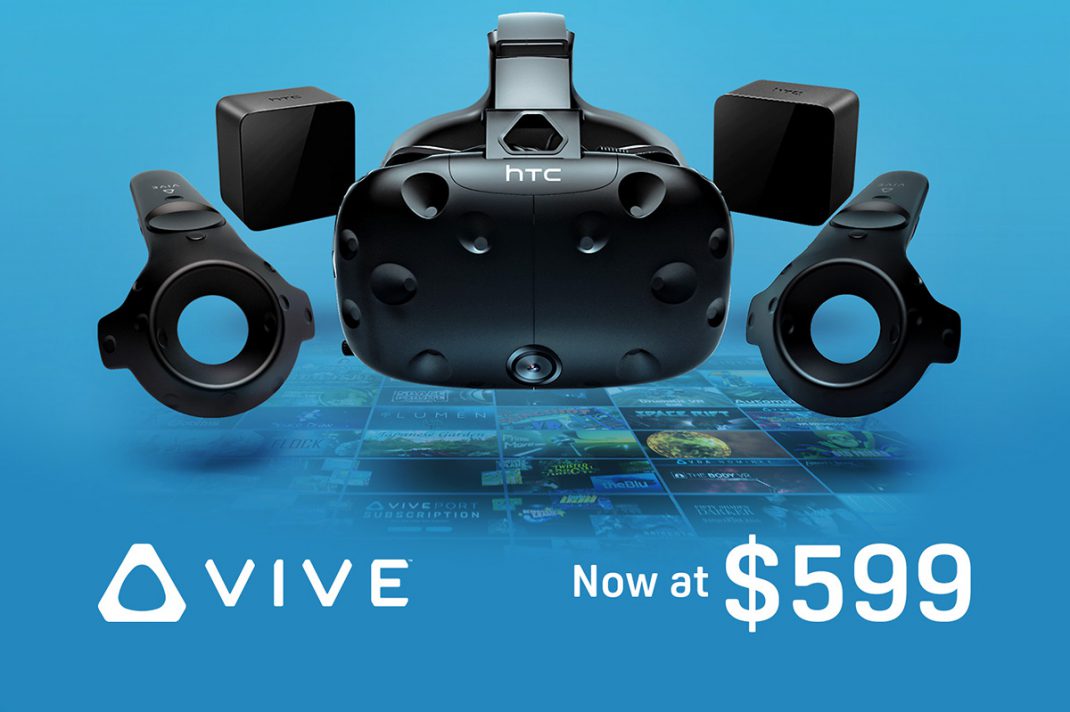 Taipei, Taiwan & San Francisco, CA – August 21, 2017 – HTC Vive™ today announced a $200 price reduction for Vive, making the best VR system more accessible to the mass market, across the globe. Starting today, Vive will be available for $599. All Vive purchases come with a free trial to Viveport Subscription, where consumers can choose up to 5 titles per month to experience, and copies of many of the most popular pieces of VR content today, including Google’s Tilt Brush, Everest VR, and Richie’s Plank Experience.

“Our goal at Vive has always been to offer the best and most advanced VR system and drive mass market adoption for VR across the globe,” said Cher Wang, Chairwoman, HTC. “We’re continuing to deliver on that commitment with this new price for Vive, making VR more accessible to a broader audience and driving the entire VR industry forward. Vive’s game-changing technology, best-in-class content and unmatched global partners are fulfilling the promise of VR like never before. With highly anticipated titles, and the upcoming launch of Vive Tracker, there has never been a better time to embrace Vive, and enjoy the most immersive VR experience available.”

A winner of hundreds of technology and industry awards across the globe, Vive is the only product that offers room-scale VR out of a single box, and this version of Vive will be the unit in market for the foreseeable future. The base Vive package comes with everything you need for a quick room-scale VR set-up: two base stations for accurate tracking, two motion controllers for immersive VR experiences and new and improved connection cables and new materials that offer a lighter weight on the Vive headset.

According to a recent report from UBM, more developers are building experiences for Vive than ever before, and Vive was chosen as developers’ top target when creating content.  With more than 3,600 titles available across Steam and Viveport and with new AAA content arriving soon, Vive will continue to be the platform of choice for developers and consumers alike. In addition, Viveport Subscription allows consumers to choose from over 250 pieces of content from a highly-curated offering, giving consumers another opportunity to discover the best VR content available.

According to Steam statistics, HTC Vive maintains a 60% share of access to the Steam platform for high-end VR headsets.  Over the past year, Vive has maintained its lead by more than 20%.

“We’ve rapidly diversified the Vive business so that when customers and businesses purchase Vive, they know they’ll benefit from a wide base of support for years to come,” said Dan O’Brien, GM US, HTC Vive. “From constant improvements to the core Vive hardware to the industry’s first VR subscription service, to investments in new technology for developers, Vive is at the forefront of the push to take VR to the mainstream.”