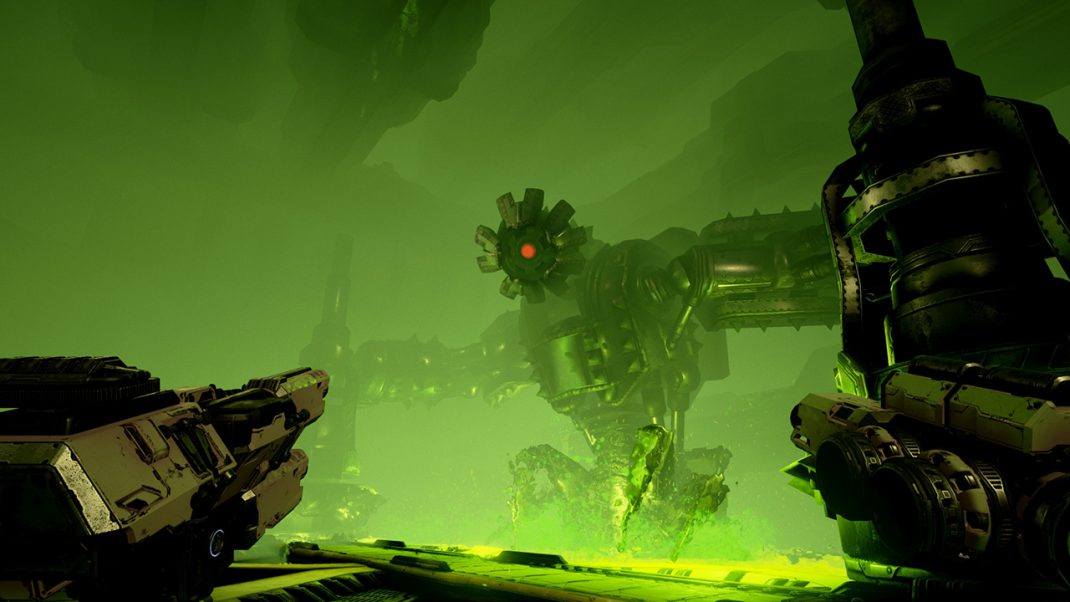 August 21, 2017 – Be it man or tree-frog, everyone is welcome in the resistance to help fight off unending hordes of alien invaders in the second trailer for Mothergunship. Utilizing humor, and the sheer havoc provided by ceaseless waves of weapon-fire, the developers at Grip Digital and Terrible Posture Games have literally immersed players in bullet-hell. Stuck aboard an orbiting spacecraft, players must fight interminable, procedural generated enemies in an attempt to make it to a final boss, whose sheer size instills fear in the heart of even the bravest resistance commanders.

Mothergunship will be playable at both the Gamescom Indie Arena and PAX West Indie Megabooth this year, taking appointments and giving players a chance to demo the onslaught.

Set your course for the Gamescom Indie Arena to go hands-on with brand-new MOTHERGUNSHIP content. Located in hall 10.1, at booth A020.

Game developer, Joe Mirabello, will be on site to field interview questions at the PAX West Indie Megabooth. Swing by booth #752 to test your luck with the resistance.

MOTHERGUNSHIP is coming for PlayStation 4, Xbox One and Steam in 2018. Visit www.mothergunship.com to enroll into the resistance movement now, for exclusive information, content and other members-only perks!