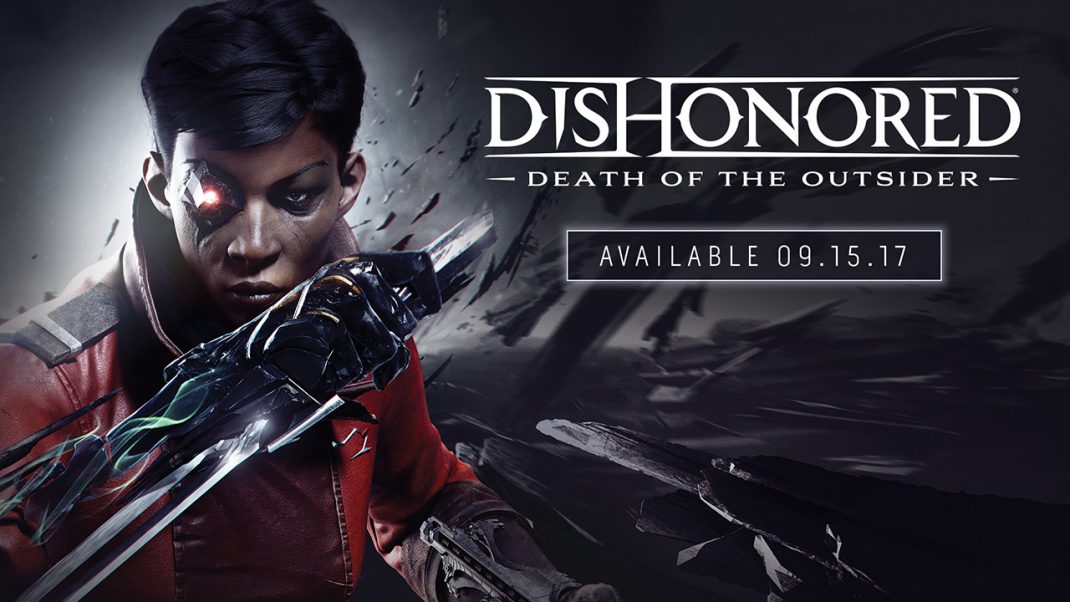 August 10, 2017 – We’ve just released the official gameplay trailer for Dishonored: Death of the Outsider. After the events of Dishonored 2, things might finally seem calm for Billie Lurk and her former mentor Daud – but a new storm is brewing in the Empire of the Isles. In the first standalone adventure in the award-winning Dishonored series, Billie will play a key role in the bloody battle against the black-eyed bastard himself, the Outsider. A former killer-for-hire in search of redemption, Billie will take on one last job and pull off the ultimate assassination – and the Empire will never be the same again. Get your first look at Dishonored: Death of the Outsider in action in this gameplay trailer, featuring Rosario Dawson, Michael Madsen and Robin Lord Taylor returning as Billie, Daud and the Outsider: https://www.youtube.com/watch?v=Wr6XWVJLB5c.

See a new side of Karnaca as Death of the Outsider takes you through its gritty underbelly. Investigate mysterious cults, infiltrate underground fight clubs, and even pull off a bank heist as you search for a way to do the impossible: kill a god. Playing as a new assassin, you’ll have access to slew of powerful new supernatural abilities, weapons and gadgets, all of which are designed to help you cut a bloody swath through Karnaca and leave your mark on the history. Or perhaps you’ll choose to be merciful and use your skills to slip unnoticed through the world. In true Arkane fashion, the intricately designed levels allow for a wide array of playstyles, with branching paths and heavy choices that will greatly affect the outcome of your mission.

Death of the Outsider brings players back to the Empire of the Isles, with breathtaking visuals, intricately designed levels, and brutal combat systems that are a hallmark of the Dishonored series. With a new character comes a unique new set of supernatural abilities, deadly weapons and powerful gear, empowering players to become the ultimate assassin. And with developer Arkane Studios’ signature style, you can once again be as bloodthirsty – or as merciful – as you like. Check out Bethesda.net for even more details in our recently released video featuring insights from Creative Director, Harvey Smith.