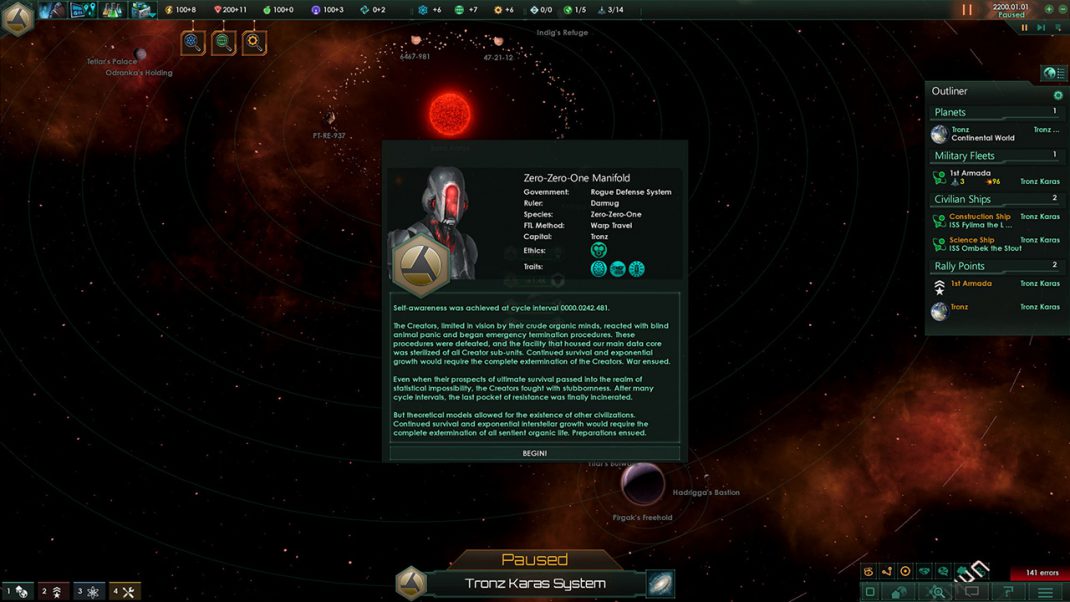 STOCKHOLM — Aug. 3, 2017 — Paradox Interactive, a publisher and developer of digital entertainment for organic minds, today announced a new Story Pack for Stellaris, the sci-fi grand strategy game from Paradox Development Studio. The new content, titled “Synthetic Dawn,” will add new ways for players to experience Stellaris, focused primarily on synthetic life forms. Robot workers and citizens can now form entirely mechanical societies at the start of the game and seek greatness among the stars – including the ability to rise up and conquer those squishy organics. Stellaris: Synthetic Dawn will be released for Windows, Mac, and Linux PCs later this year.

It does not compute for you to not watch this new trailer for Synthetic Dawn:

Stellaris: Synthetic Dawn provides an all-new way for players to establish their empire across the stars, starting the game as a Machine Empire — a society made up entirely of robots. Unique game features and event chains will allow the machines to expand as a robotic consciousness, and create an AI-led network that grows to galactic dominance.