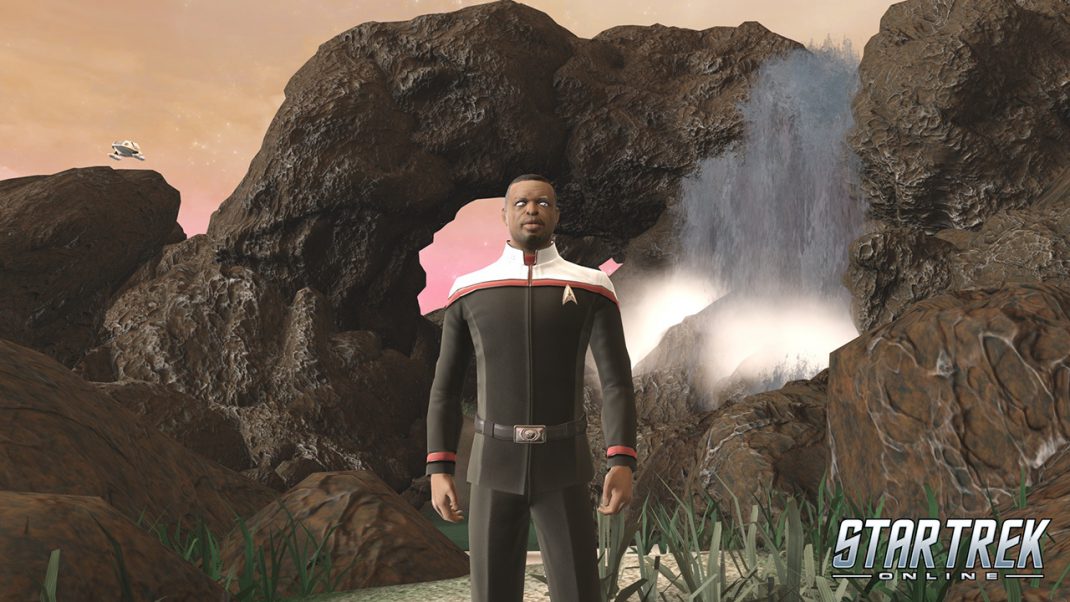 Starting next month, captains can experience a new Star Trek: The Next Generation-themed featured episode titled “Beyond the Nexus.” For the first time ever, they will encounter Starfleet Captain Geordi La Forge, brought to life by actor LeVar Burton. Players will join La Forge and his crew as they investigate a distress call from a Galaxy-class ship whose crew is being mind-controlled by a mysterious energy source. The episode marks the release of a fully realized Galaxy-class interior available for purchase and includes server-wide giveaways to celebrate the 30th Anniversary of Star Trek: The Next Generation. Players will be able to claim the highly requested skant uniform from Season One, as well as the Type 7 shuttle that was also featured in Star Trek: The Next Generation.

Adventures with Captain Geordi La Forge continue into Season 14– Emergence, which launches on the PC version of Star Trek Online this October. The game’s next major update continues the story of the Tzenkethi war with the new featured episode, “Melting Pot.” Geordi and Captain Kuumaarke (voiced by Kipleigh Brown) accompanies players as they explore a new colony world, featuring the freshly reunited Kentari and Lukari people. After the events of “Mirror and Smoke,” they decided to reconcile their differences and start a new colony to celebrate the reunification of their cultures and technology. La Forge is integral to the development of this new colony world and has been working diligently with the Lukari to realize their dream. Things escalate quickly once the player beams down, and what starts as a simple tour, evolves into a pitched battle for the survival of the colony.

Season 14 – Emergence features a brand new Fleet Holding in a full-scale colony on the Kentari and Lukari’s new joint homeworld, which for the first time since the Fleet Starbase, features five full tiers of progression and rewards. The update will also include a Tzenkethi Red Alert, two new fleet holding defense queues, a new colony map special event, and a powerful new Primary Specialization called the “Miracle Worker.” Additional details will be revealed when Season 14 officially launches in October.

LeVar Burton is known for his iconic portrayal of La Forge on the television series, Star Trek: The Next Generation. He was also host and executive producer of Reading Rainbow, the award-winning PBS series which lives on as an educational service, recently backed with overwhelming support on KickStarter.