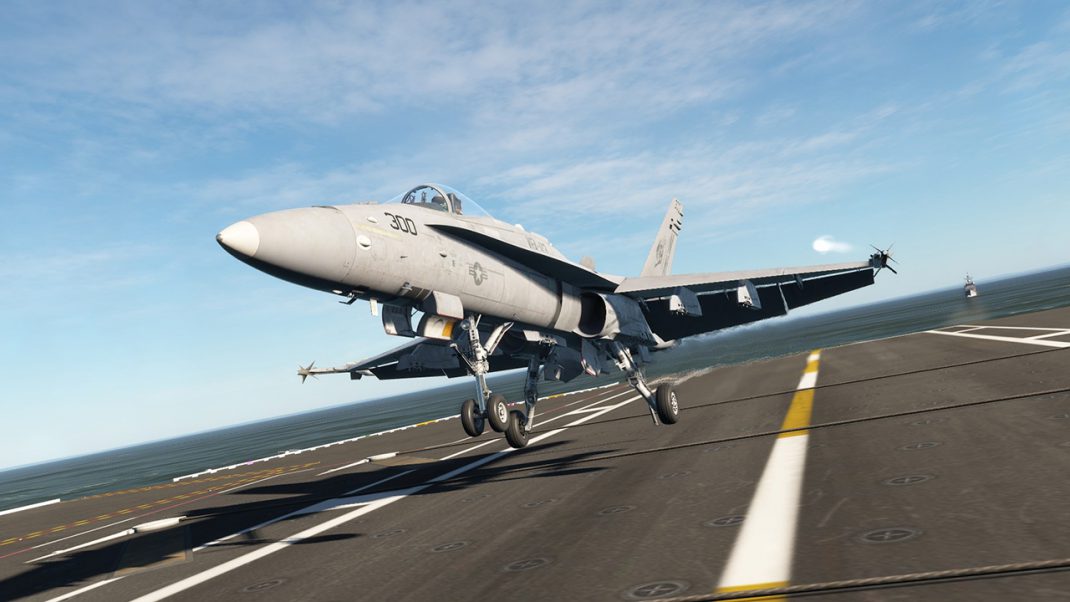 Being a huge fan of flight simulation, I couldn’t wait to check out the upcoming DCS: F/A-18C Hornet from The Fighter Collection and Eagle Dynamics while at the E3 Expo. There has been a lot of buzz about it, as there also is with Thrustmaster’s creation of a new HOTAS flight stick to play along with it. We previously reviewed the HOTAS Warthog from Thrustmaster, and how it played with DCS: A-10C Warthog, so anticipation was high. I walked up to Thrustmaster’s E3 booth in the South Hall and waited in line to try out the sim. I sat down in the gaming chair they had setup and got my Oculus Rift headset donned without trouble. Then Eagle Dynamics SA senior producer, Matt Wagner gave me a quick briefing on where my aircraft was flying over and what I was supposed to do.

The cockpit of the F/A-18C is beautifully rendered and I wanted to press every button I could see. Of course, being that this was a VR demo, physically pushing the buttons is a bit difficult. Apparently, they came up with some great workarounds for this based on where you are looking to act as a pointer, but I didn’t get a chance to try that. This was just about flying around, launching short-range Sidewinder missiles, and making strafing runs against ground targets. It was a nice sandbox to play around in and I couldn’t help but get the chills as I leaned over to my right to see the ground below my aircraft. The sense of immersion brought about by the VR, coupled with the realistic cockpit, was really cool. I would LOVE to see this attached to some kind of home game room motion platform for even more immersion, but my wife would probably be pretty upset by the $15,000 dollar motion platform purchase and large footprint – I digress… You can get a sense of the gameplay demo, minus VR immersion, in this video:

Also, I’d like to thank Matt Wagner  for sending us these exclusive screenshots from the upcoming Hornet add-on. The aircraft is beautifully-detailed and its quality cannot be denied. 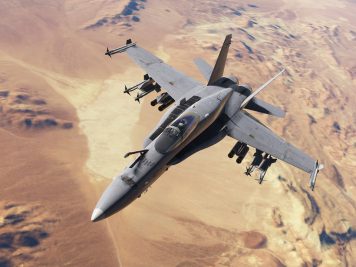 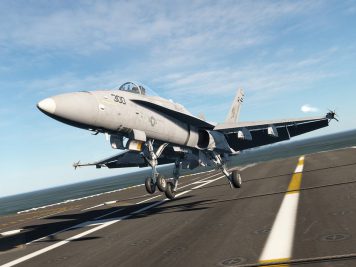 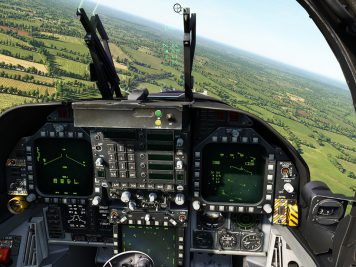 After flying around for about five minutes or so, our play session ended and I doffed the VR headset, returning to actual reality. I was shocked to find out that everything I had experienced was from the pre-alpha build of the Hornet and can’t wait to see how the new aircraft shapes up.

In a glass case next to the play area, there it was: Thrustmaster’s upcoming F/A-18C HOTAS grip. This unit, once purchased, can be swapped out on the Warthog HOTAS flight stick and will be the ultimate peripheral to play the DCS flight simulation with. This hot-swappable grip system was a feature heavily-alluded to when Thrustmaster initially announced the Warthog many years ago. It is nice to see that functionality finally being used and I hope it opens up more options in the future – perhaps when the F-14 Tomcat add-on is released! Talk to me, Goose!

As a final topping on this flight simulator sundae, we were allowed to look at a very early build of the AV-8B add-on for DCS world, which will fully-realize the aircraft’s fabled thrust-vectoring system. The cockpit looks absolutely stunning and we can’t wait to see it in action. As an added bonus to this, here are some exclusive shots from DCS AV-8B for your viewing enjoyment: 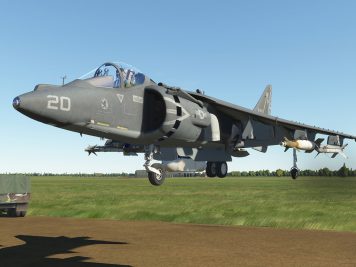 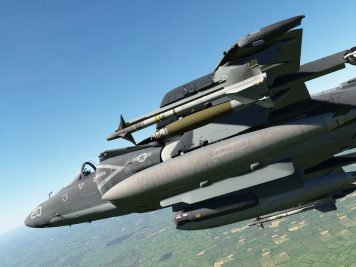 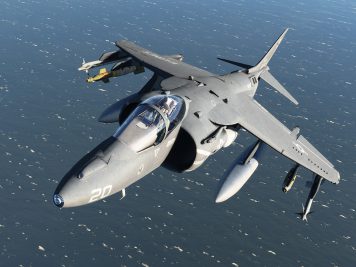 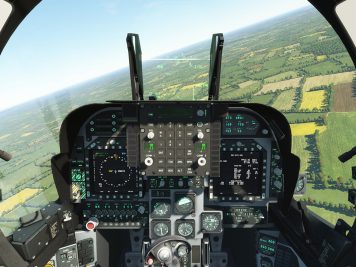