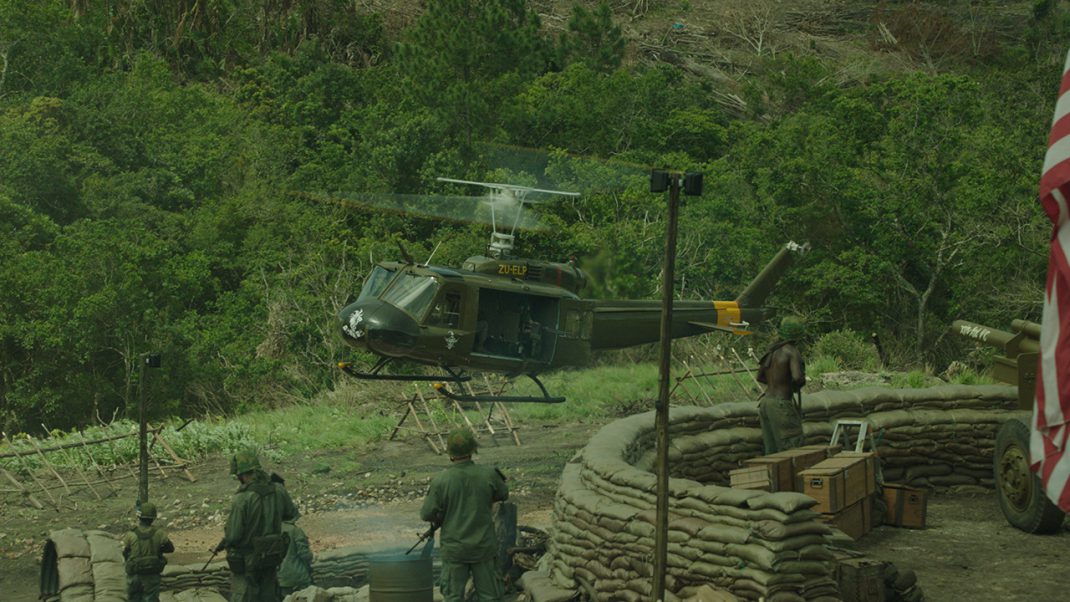 FIREBASE will be the second independently made sci-fi short released by Oats Studios following the success of the Sigourney Weaver helmed “Rakka”.

Set during the Vietnam war, FIREBASE follows American soldier “Hines” through an ever deepening web of science fiction madness. The fabric of space-time literally beginning to bend around him.

Oats Studios is a new experimental filmmaking “lab”. The Studio is an independent incubator of ideas that has the capacity to handle all aspects of production from start to end. Oats Studios works in an open source format with the audience by allowing the fans to interact with the filmmakers and the studio directly and allowing the fans access to the actual film’s assets to then merge with their own creativity.

Our goal is to make more original and interesting short film content and eventually full-scale feature films & series from the titles that we create.