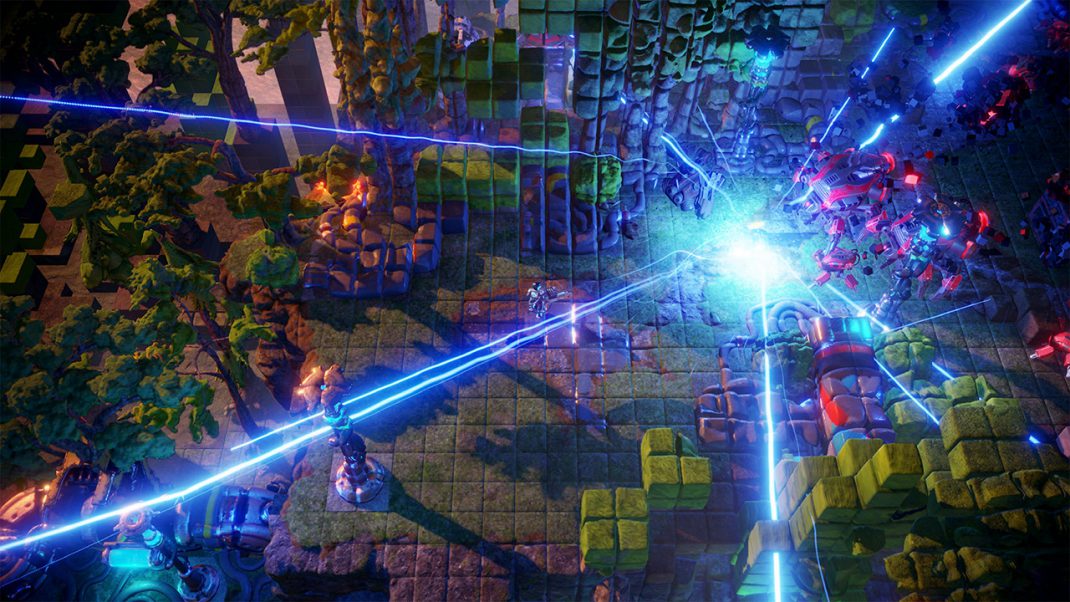 HELSINKI, Finland – June 20, 2017 – Housemarque Games, the studio behind the hit titles Resogun, Alienation and Matterfall, today announced that its latest arcade shooter, Nex Machina, is now available on the PlayStation®4 computer entertainment system and Steam for Windows PC. Working in collaboration with Eugene Jarvis—legendary creator of Robotron 2048 and Smash TV—the game is a tribute to the arcade classics of the 1980s. In Nex Machina, humans have become deeply dependent on technology, while around them, machines have reached consciousness and surpassed human intelligence tenfold. The machines turn on their creators and make it their mission to eradicate human life. Nex Machina features explosive classic arcade gameplay, while making full use of today’s technology to complement highly developed twin-stick play.

“Nex Machina is an intense, frenetic shooter that will test your skills in deep, layered gameplay, forcing you to juggle human lives while trying to stay alive,” said Ilari Kuittinen, CEO of Housemarque Games. “We’ve created a fully fledged arcade campaign that can be played solo or in local co-op with a friend. There are tons of alternative paths, secrets and an upgradeable character with access to six different special weapons.”

In the vein of cult classics like Resogun and Robotron, Nex Machina is the ultimate top-down voxel shooter where everything can be blown to pieces. Enter the zone, become one with the game and pull off the most incredible feats. Nex Machina is packed with opportunities to create your own playstyle in order to best the tough challenges and ruthlessly competitive environments you’ll experience. Nex Machina is what arcade games deserve to be in the 21st century.