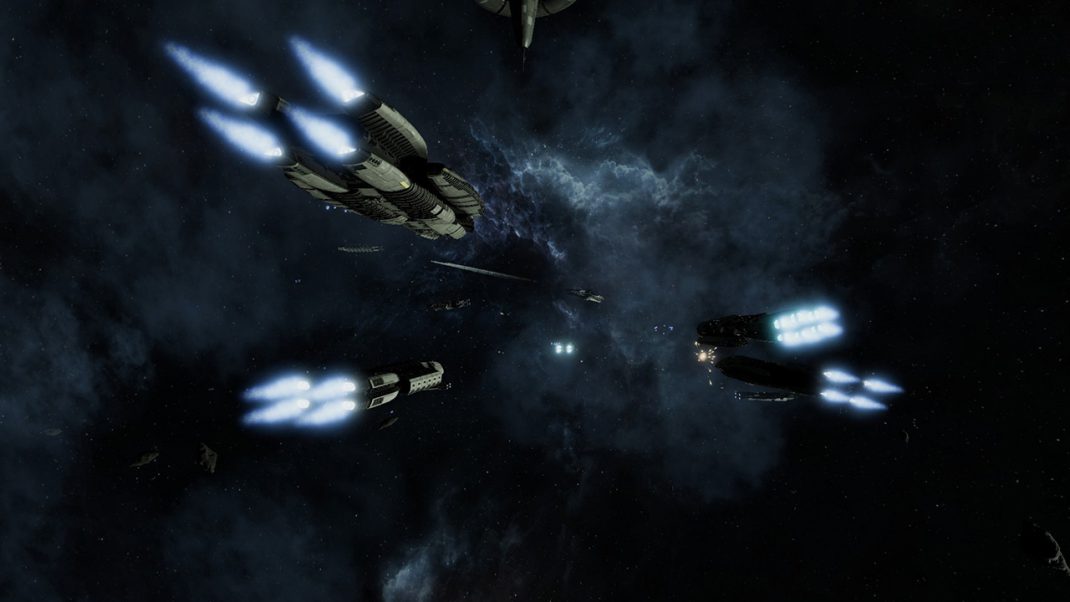 May 16, 2017  – Slitherine and Black Lab Games, in partnership with Universal Brand Development, are thrilled to announce the upcoming release of Battlestar Galactica Deadlock™ available on PC and consoles this summer. In the exciting new game, based on the award winning sci-fi universe produced by Universal Cable Productions and aired on SYFY for four seasons, created by Glen A. Larson, players will be able to build their fleet, fight tactical battles, and strategically defend the Twelve Colonies during the First Cylon War.

“Everyone at Black Lab Games is a big fan of Battlestar Galactica”, said Paul Turbett, managing director of the development studio. “Our main goal is to give the vast community of fans and followers a game that is deeply rooted in the franchise’s values. We are creating a game that tells new stories, but with familiar places, events and characters. And all of it will be captured in the depth that our strategy game will offer”.

Battlestar Galactica Deadlock is a deep strategy game that also features a strong narrative with an extensive cast of characters, both new and from the existing lore. Fans will find all their favorite ships from Vipers, Raptors and Battlestars, to Cylon Raiders and Basestars, in addition to a brand-new range of ships designed exclusively for the game.

“Battlestar Galactica Deadlock is one of the most exciting projects we have ever worked on”, said JD McNeil, Chairman of the Slitherine group. “The Battlestar Galactica universe has an incredibly loyal following and very high expectations. As a publisher, we understand what it means to work on a project that has to please a specific audience while delivering a deep strategic experience”.

Battlestar Galactica Deadlock is set to release this summer on PC, Xbox One and PlayStation 4. Check out the official product page for further information and to keep up-to-date with all future announcements.