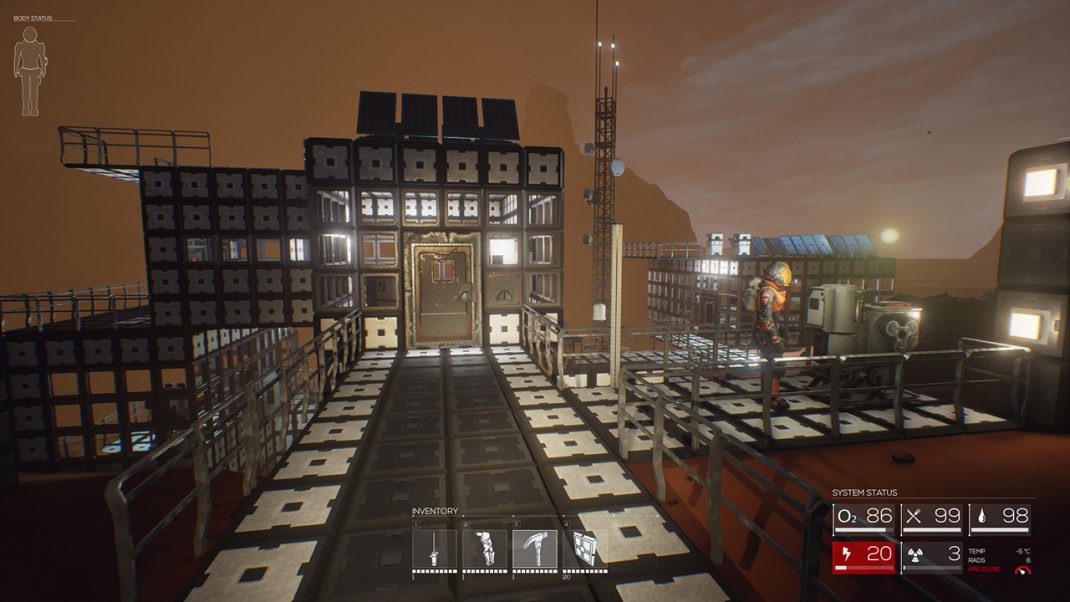 Paris, France – May 16, 2017 – Darewise Entertainment and Nvizzio Creations are offering gamers the adventure of a lifetime – a (virtual) trip to Mars! Created by a team of esteemed artistic minds behind games including Thief, Half Life 2, Dishonored, Age of Conan and Assassin’s Creed, ROKH is set on the planet Mars and features a persistent world and multiplayer co-op. This trip won’t require anyone to go to astronaut school, or live in a cramped colony ship, enjoy the stunning experience that is ROKH, available on Steam today.

“ROKH is more than just a sci-fi survival game, it’s a complete colonization experience, with tailored crafting and construction, all taking place  in a lovingly crafted visual world and wrapped up in a mysterious story,” said Benjamin Charbit, CEO, Darewise Entertainment. “We’ve focused our development efforts on cooperative building and crafting which brings free from creation to the genre.”

Available now on Early Access for $24.99 (USD), ROKH challenges players to uncover the cause of the destruction of the previous Mars colonies, while building new ones and restoring communications with Earth – all while adapting to the hostile Martian environment and creating the tools they need to survive and thrive on the forbidding Red Planet.

In ROKH, players must explore the Martian landscape as they scavenge through deserted human structures to gather the resources they need to survive. With few blueprints, players must use their ingenuity to create tools from a variety of materials and construct their own encampments with no design limitations.

ROKH places players on a cold and dry land that harbors a wealth of resources to extract and exploit. Players will explore Mars, paving the way for settlers to come, as Earth’s resources are tapped and the planet is dying. Mars is a hostile planet where joining forces with friends increases efficiency, and invites trade and barter to develop a habitable and customizable ecosystem.