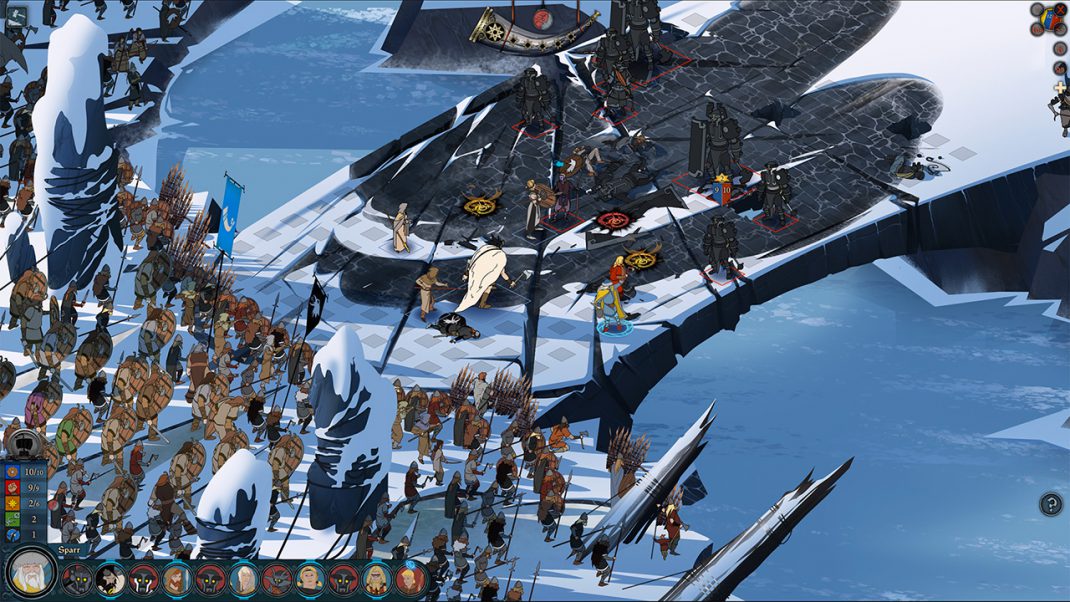 The Banner Saga Complete Pack – A Review (Xbox One)

The Banner Saga takes place in a legendary world that is inspired by Viking legends.  Everything will feel somewhat familiar, and yet completely alien.  The sun has stopped moving in the sky, and perpetual day has set across the land.  Human and massive human like creatures called Varls, are beginning to feel that something is wrong with the world.  You begin play as the Varl Vognir, tasked with escorting Prince Ludin to the Varl capital of Grofheim.   On the way to Grofheim, the caravan runs into an ancient evil called the Dredge.  The Dredge kill many of the caravan, including Vognir, but the caravan finally reaches Grofheim only to find that the capital city has been overrun and destroyed by the Dredge.  This destruction is only the beginning, as reports from all over the Varl homeland come in that the Dredge are destroying cities.  The remnants of the caravan, then join other survivors to help defeat this ancient evil that has crept across the land. 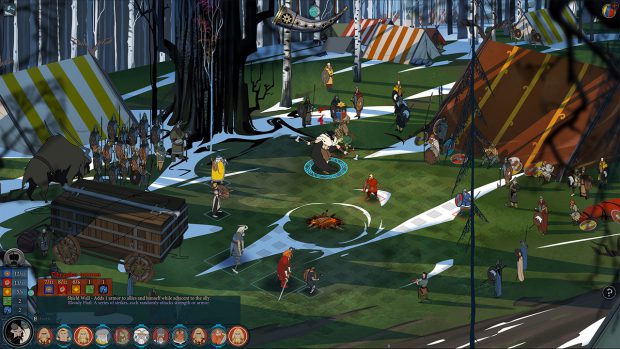 The story for The Banner Saga and The Banner Saga 2 are very viking like in their telling.  The landscape is bleak, the enemy is relentless, and no hero is safe from death.  I would compare it to the feeling one gets from watching the new season of Game of Thrones, but without the sex, backstabbing, and scheming.  I know what you are saying, “but those are the best parts”, but this story feels just as compelling without those bits in it.  I was immediately drawn into the story, completely enthralled by the pacing and storytelling, then was left wanting much more when I finished the first game.  Good thing the sequel is in here too!

The game play for The Banner Saga can be divided up into two categories:  combat and not combat.  While not in combat, you are in charge of dialogue options, and a very Oregon Trail-like experience as your caravan moves across the landscape.  Combat is the bread and butter of both games, however, and can be very challenging, even on Easy.

Combat is turn based and set on a grid.  Each combatant will go at different times, and are shown on a queue in the HUD.  Combatants all have their different strengths and weaknesses, as well as different stats.  The Varl are massive and hit like trucks, but are slow and plodding, while the human combatants are much more agile, but more fragile than their Varl counterparts.  The Banner Saga makes combat pretty difficult by having each individual have two stats, one is armor and the other is health and strength combined.   You will have to deplete a target’s armor before having a chance to do any real damage to them.  This means you will have to be strategic with your placement of combatants, and the attacks that they use.  This is not a game that you can rush in and win at.

Combat also adds in a third stat that can be used, that of Willpower.  Willpower becomes that wild card you can use to give yourself an extra boost, whether it’s move one more space, or do a little more damage.  Willpower is limited, so using it becomes very strategic.  Your characters will level up, allowing you to learn new skills and talents.  You can also practice with your heroes in camp, to learn their abilities in combat and see how it actually affects combat. 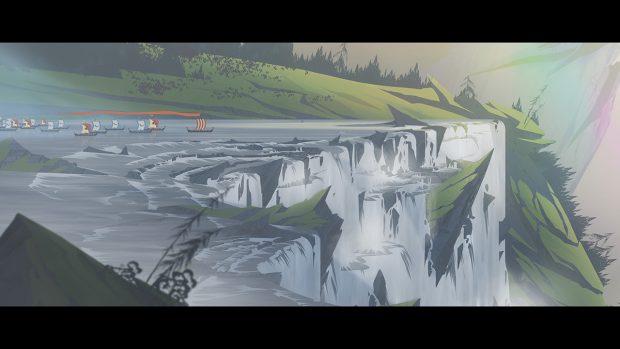 Your party of heroes can be changed out during the game, and will need to be as characters die.  Decisions and failure in combat will have direct consequences on the rest of your game.  Loose a particular hero early on, and you will have to deal with that absence until you can find a replacement.  Characters can be switched out while in camp, and talents can be selected to give your party a good balance of skills that compliment one another.

The Banner Saga is visually and musically gorgeous.  The visuals of the game are hand drawn and look like an old style animated movie, like the 1978 release of The Lord of the Rings.  The aesthetic is stylized Viking mythology, so the creatures, villages, and heroes all look like they could be right out of a Viking story, but with a little extra thrown in.  Colors are appropriately muted when they need to be, to continue the feeling of dread that the game presents.

The music of The Banner Saga is fully orchestrated and created by Austin Wintory, the composer of the fantastic score for Journey.  If you have never played Journey, that game had to carry the entire narrative solely based on the musical score, since there was no dialogue at all.  What Wintory brings to The Banner Saga is nothing short of incredible.