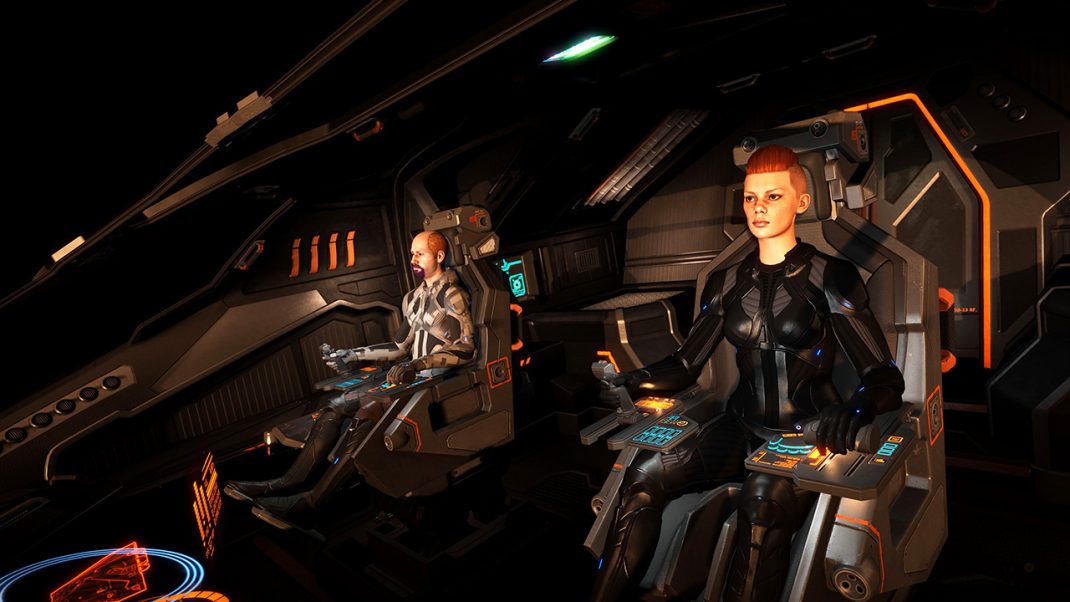 Elite Dangerous 2.3 – The Commanders arrives at a time when all eyes have turned to Merope, where the Empire and Federation are drawing closer to a collision, and the Commanders of the Pilots Federation have encountered a spacecraft unlike anything designed by humanity. As the galaxy prepares for conflict, Elite Dangerous 2.3 puts itsCommanders front and center, with new ways to play and new discoveries to be made.

Multicrew co-op in The Commanders gives groups of players the opportunity to fly aboard the same ship, assuming one of three specialized roles. At the Helm is the pilot of the ship, while the Gunner handles secondary firing groups from a third-person tactical viewpoint and the Fighter flies into battle from the cockpit of their own ship-launched fighter deployed from the mother ship’s launch bay.

Multicrewed ships benefit from precision firepower and additional control, giving Commanders a vital edge in combat. Players can join Multicrew vessels from anywhere in the Milky Way and will share in the galaxy’s rewards… and its punishments.

Holo-Me is Elite Dangerous: Horizons’ new Commander creator and editor, allowing players to create a unique face and physical appearance for their in-game avatar. The highly customizable Holo-Me system offers an amazing array of options at launch, making every Commander recognizable with just a glance across your ship’s bridge in Multicrew, or in a very close fly-by out in the massively multiplayer galaxy.

Elite Dangerous grows for every player with today’s free 1.8 gameplay update on PC, Mac and Xbox One, offering new sights, experiences and gameplay improvements throughout the galaxy. Starports carved into asteroids make for a new and unexpected stop-off point for commanders exploring planetary rings and asteroid belts; Mega Ships dwarf even the mightiest capital ships, offering one of the galaxy’s mightiest man-made spectacles; and updates to the mission system unlock chained missions allowing players to progress through all-new questlines.

And by popular request, Elite Dangerous’ new Camera Suite gives players total control over a third-person camera for screenshots, film-making and a whole new view on the Elite Dangerous galaxy.

For the full changelog, visit the Elite Dangerous forums here.

Elite Dangerous: Horizons arrives on PlayStation 4 in Q2 2017 including 2.3 – The Commanders at launch.