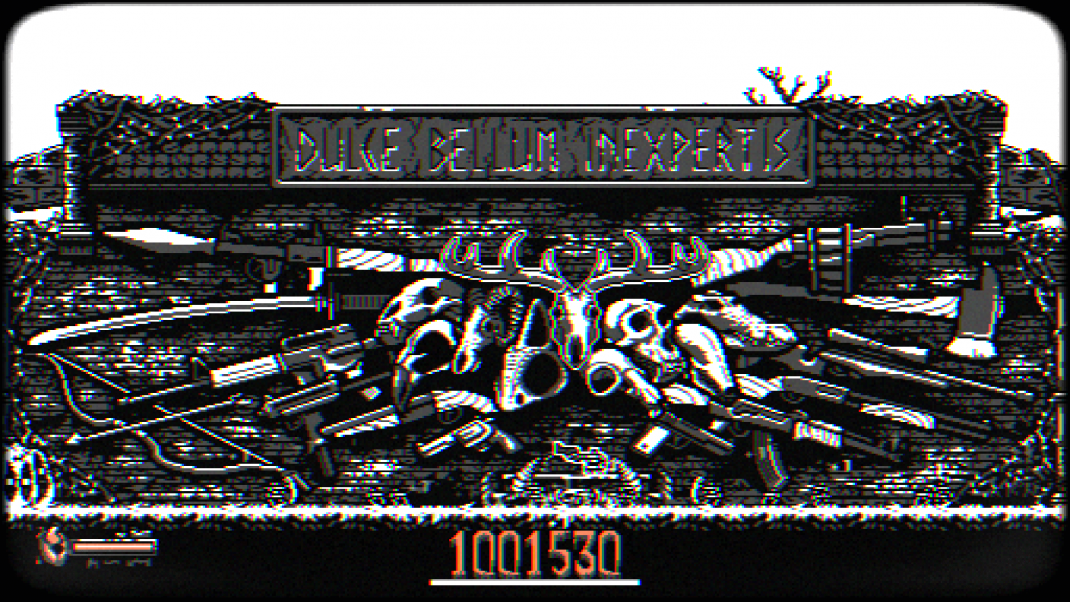 April 5, 2017 – Nongünz is a nihilistic action platformer which combines hectic shootouts with the management of a mysterious idle game.

Each run has the player parting from a black and white graveyard into an ever-changing gothic dungeon full of nightmares fleshed out of human viscera. Surviving this distraught roguelike will not only require skill but style, since in Nongünz rewards the player for long-lasting combos along with a variety of challenges and gameplay modifiers… moreover, score will play a key role in the progress of the mysterious idle game: the formation of your very own band of lost souls and death cultists.

As the world of Nongünz evolves, the player will find special characters that will inhabit their graveyard: praying cultists, self-scourging martyrs, somber gravediggers… These characters will provide special services such as shops, slot machines, dungeon shortcuts, and more; which will either help you widen your killing skills or improve the performance of the mysterious idle game built around the graveyard.

Nongünz aspires to seduce the player into a reflexion around the undeniable appeal of violence and the instincts behind accumulation of power and superiority. Hence its gritty black and white aesthetics; the omnipresence of flesh, bones and death; and the oppressing atmosphere of its dark environments and primal themes.

Nongünz is to be released on the following months, the secular god willing.