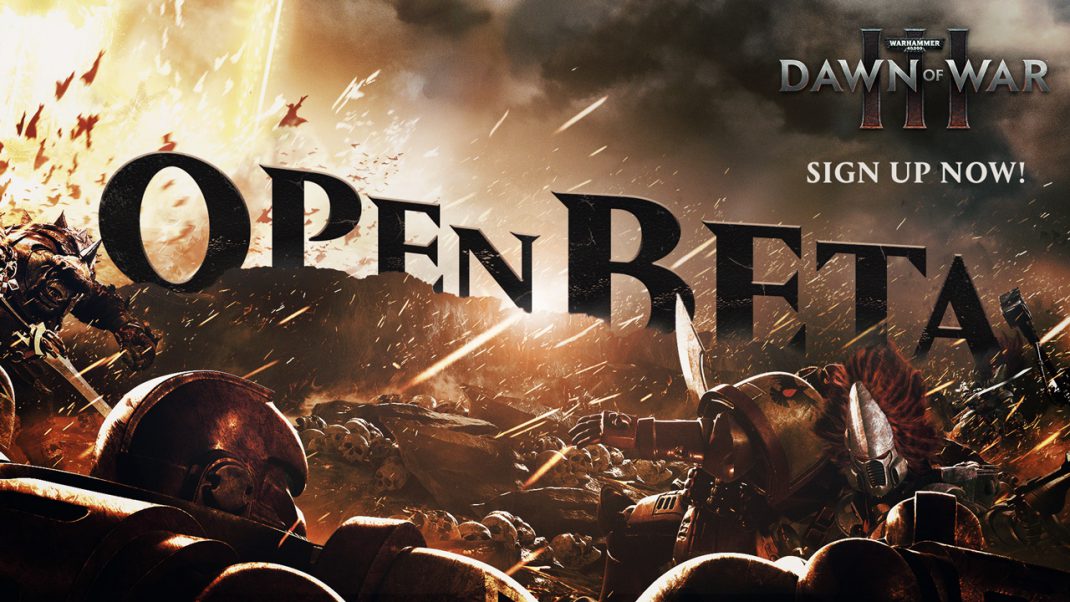 The Open Beta will pit players against each other in Dawn of War III’s tense, chaotic multiplayer. This game mode highlights the strengths and weaknesses of each faction as players put powerful heroes and devastating abilities to use, while countering those of their foes. Players will have access to all three of the game’s factions – Space Marines, Eldar, and Orks – and a selection of powerful elite heroes for each, allowing them to experiment with different playstyles and strategies.

The Open Beta weekend also gives players their first chance to see and experience the intimidating Masters of War skins in action. The Dark Queen skin for Lady Solaria (Imperial Knight), the Ghost Seer skin for Farseer Taldeer (Wraithknight) and the Big Kustom skin for Beauty (Morkanaut) will all be available for use. The Masters of War Skin Pack is included free with all pre-orders.

Dawn of War III immerses players in the escalating brutality of galactic warfare, where they will lead elite hero units and colossal armies to victory, or oblivion. Powerful super walkers will tower over the front lines as screen-shaking assaults blister the battlefield in an all-out, over-the-top spectacle worthy of the iconic Games Workshop® Warhammer 40,000 universe.

The long-awaited third instalment of the critically acclaimed real-time strategy franchise will be released on April 27th, 2017, and is available to pre-order now at www.dawnofwar.com.