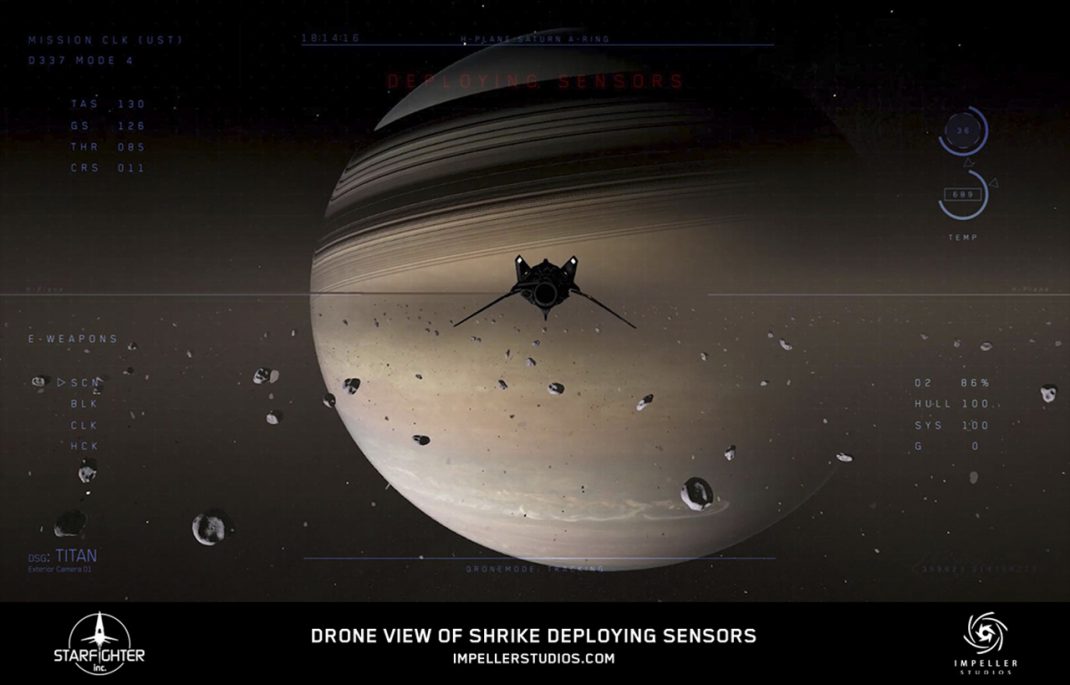 SAVANNAH, GA, March 17, 2017 — Straight from their popular hands-on multiplayer debut at PAX East, Impeller Studios unveiled their Kickstarter re-launch today (link) and hit 25% funding in its first hours. Their first attempt attracted 5,389 backers, but only reached 90% of their goal, so no funds came from it. Lead designer, David Wessman (X-Wing series of Star Wars Space Combat Simulators™, Blood Wake™, and Saints Row™) explained, “Last time we pitched the vision of our concept, but this time we can actually show it. The response from space sim fans and core gamers at PAX East was amazing. We’ve been able to create a multiplayer combat experience in space that is both realistic and fun.”

Project Director, Jack Mamais (designer of critically acclaimed Crysis™ & director behind the popular MechWarrior 2: Mercenaries™ title) attributes this to a very hard working team and the power of Epic’s Unreal Engine 4. “It certainly doesn’t hurt that we also have the support of some industry heavyweights such as Alienware, Logitech. Nvidia, Oculus, Thrustmaster, and Valve.”

Leading the team’s ambitious goal to have an engaging narrative is Rusel DeMaria,author of original Star Wars™ fiction for the X-Wing and TIE Fighter games and narrative lead. From their Kickstarter page: “Mission outcomes affect the balance of power and allow players to drive the evolving narrative. Thus the player community will collectively have a real effect on the corporate power struggles and politics of the Starfighter Inc. universe.”

David continued, “Every time we demo our game, we gain new fans and true believers. This is the sort of project that people get really passionate about – even folks who had no previous interest in space combat sims! We’ve been extremely fortunate to attract some amazing talent. A great example is the compelling video (link) narrated by esteemed actress Emma Samms (General Hospital, Dynasty). We’re very grateful that she donated her time to record this video! You’ll also find it under the Narrative section of the Kickstarter campaign.

Now we’re ready to rock with this new campaign. And as the Kickstarter continues over the next 30 days, we’ll reveal even more details about the ships, weapons, missions, and our innovative narrative system that will keep players immersed and directly involved in the events and the evolving universe of Starfighter Inc. We’ll also be posting more videos as well as interviews with members of the team. And we might also have some surprises (Pilot Aptitude Test – hint, hint) in store for our fans and backers.

Starfighter Inc.’s first Kickstarter Live stream is scheduled for this Sun. March 19th at 4PM Eastern: “Multiplayer Gameplay Q&A” and will be hosted by the game’s director, Jack Mamais.

“I am super excited to see the crazy space fighter child of the X-Wing and MechWarrior 2 teams.” – Luke Crane, Head of Games at Kickstarter

“It was great to meet you guys at PAX East last week. Your passion for this game shows and you and your game were a highlight of my first PAX experience. It’s only right; then, that you are also my first Kickstarter pledge!” – Chris G. (from Kickstarter comments)