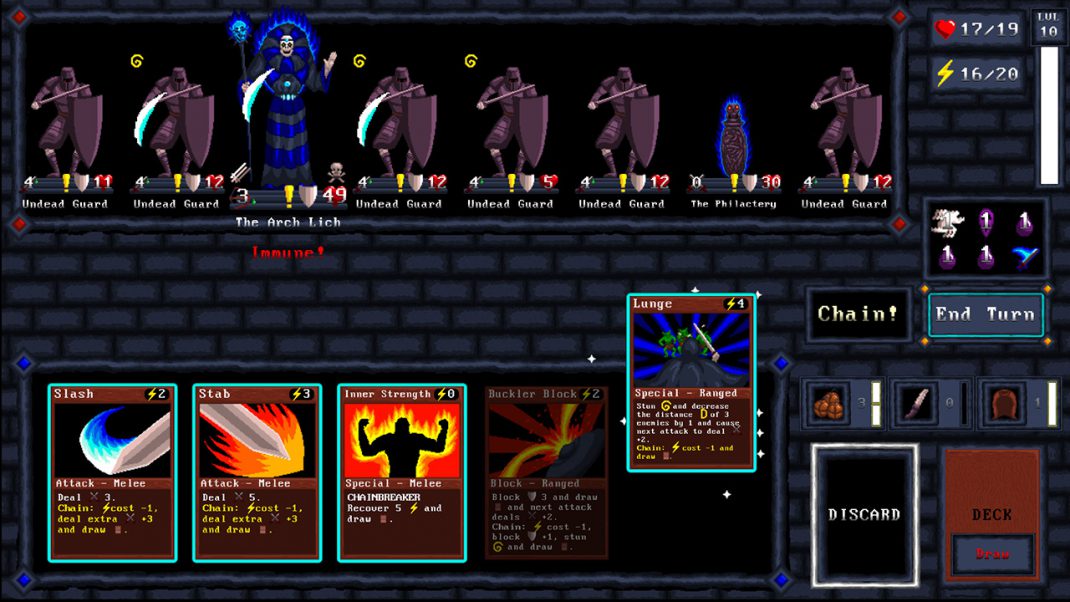 I love card games.  Outside of video games, card games are some of my favorite ways to spend an evening.  I’ve spent hours playing games such as Magic:  The Gathering, Marvel’s Legendary, Android:  Netrunner, and Dominion.  So, when it comes to card games on the PC, I’m usually up for the challenge, but always feel like there is something missing.  For me, the card game is also something that should be a social event.  I think that’s why Marvel’s Legendary is my all time favorite, as it is cooperative.  Still, I play the hell out of Hearthstone, so I was interested in previewing Card Quest when it came up.  Card Quest is an Steam Early Access game from developer WinterSpring Games and publisher Black Shell Media.  How is it shaping up?  Let’s take a closer look with my preview.

The best way to describe the overall game play of Card Quest is as a card driven, dungeon crawler.  You select a class between the three major archetypes (fighter, mage, rogue), and set off on a specific adventure designed to test your class.  The game gives you a specific deck for your class, and sets up ten challenges in a given section of your dungeon.  Each deck has it’s own strengths for both attack and defense, and feel completely different from one another.

The main component of Card Quest is managing your stamina during these encounters.  A typical encounter could have five enemies that you need to kill before moving onto the next round, and each card you use to either attack or defend yourself uses stamina.  You can gain stamina slowly between rounds, or quickly using certain cards.  You also have to manage your stamina between the attack and defense phases of each round.  Using all of your stamina to attack works fine if you can kill all of the monsters.  Otherwise, you are getting hit when they attack you, and you don’t heal.  The smart money is to save some stamina to defend yourself.  You can also spend stamina to draw a card, though that usually is a desperate measure due to the amount of stamina it will cost you. 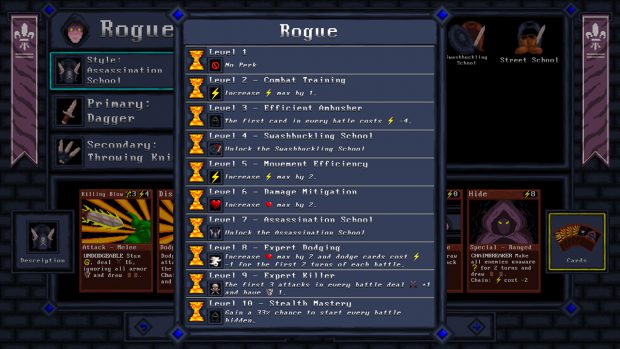 This stamina management is what really drives Card Quest and turned a fifteen minute game test, into a full hour long run trying to beat the first boss.  The first rounds really lull you into a false sense of security, then that 40 h.p. monster comes down and just beats you senseless, because you didn’t manage your stamina, can’t stun lock the boss, and need to do a ton of damage.  You also have to manage your combinations too.  Certain cards will have bonus effects if played in sequence, so the game makes it enticing enough to use more stamina, because you want to hit certain bonuses.

You gain experience every time you win a battle, and will level up.  As you level up,  you will gain more equipment that will give your character different bonuses, more hit points, or more stamina.  There isn’t any packs of cards or collectible aspect, at least as of now, so you will quickly learn what each card can do and the limits of the decks.  The challenge is definitely there, and I found Card Quest to be a little more difficult than I was initially expecting.

Card Quest uses an older aesthetic that really brings back the early days of my PC gaming life.  Looking and sounding more like Bard’s Tale than Hearthstone, Card Quest revels in the older aesthetic and makes it feel right.  After my first hour of gameplay, I was so focused on beating that boss that the art and graphics blended into the background.  I feel that the aesthetics goes well with the gameplay, and it shouldn’t have been any other way. 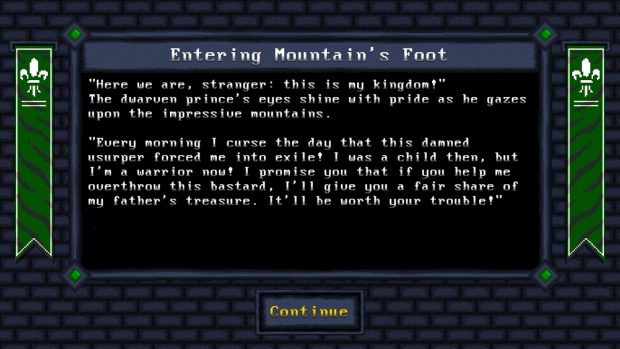 Each card has it’s own artwork, so identifying cards becomes easier over time.  The cards are fairly easy to understand, though it will take some time to get used to what each card actually does, especially when it comes to the combo powers.  Due to the small space on each card, symbols are used and are fairly easy to understand.  I did love how the chain ability on the card would change color if you had done enough to combo the cards together.  That little bit right there helps out a lot in helping out deciding what card to use.

(Not So) Final Thoughts

Card Quest is in early access on Steam, so this preview is based on the build as of the last week or two.  While I never expect developers to make massive changes from one build to another, it can happen.  In its current state, Card Quest is a very challenging and fun card game that is deeper than it comes on to be.  What first seems like a bad card game clone of other popular card games, ends up being a huge test in how you can manage your stamina and plan both of your offence and defense, to protect your non-regenerating health.  I was absolutely sucked into Card Quest for the first two hours, just trying to beat the first boss.  If you are into card based games, Card Quest is a great way to spend an evening or two.  Card Quest is available now through Steam Early Access for $7.99.