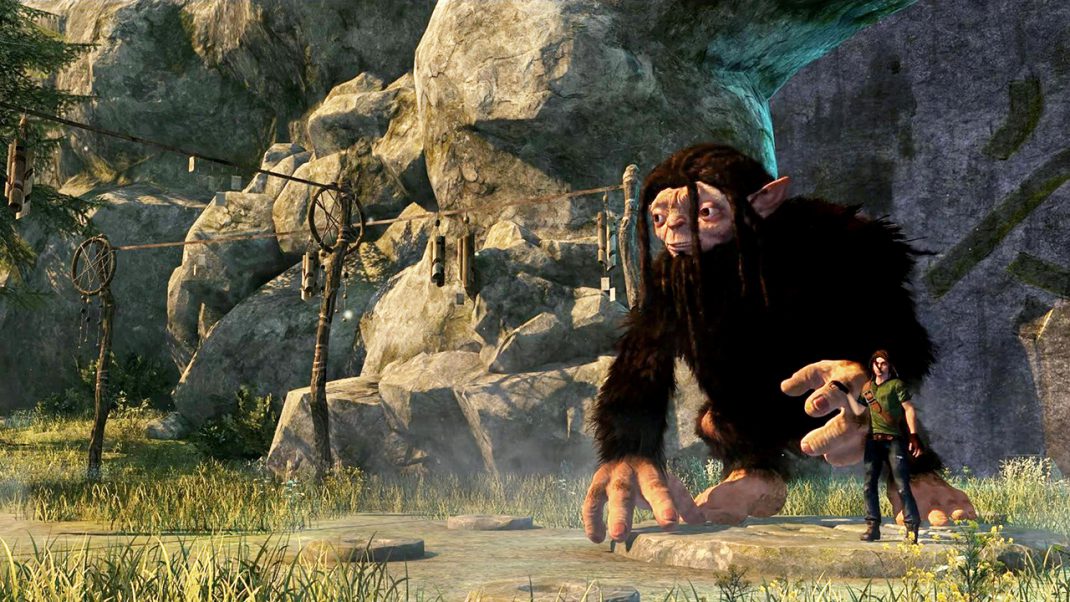 Troll And I Features Trailer

February 22, 2017 – Walnut Creek, CA – Video game publisher Maximum Games, in partnership with developer Spiral House, has released a brand-new features trailer for its upcoming action adventure game, Troll and I. Today’s video further delves into the world of Troll and I, providing an extensive overview of key gameplay features including the in-game foraging and crafting systems, as well as the split-screen co-op feature. Maximum Games and Spiral House also confirmed today that Troll and I will be releasing on the Nintendo’s upcoming new system, the Nintendo Switch, later this Spring.

In Troll and I, players will be tasked with strategically utilizing Troll and Otto’s unique strengths to overcome the many enemies they will face in the Scandinavian backcountry – whether they be the human hunters pursuing Troll for their own greedy ends or mythical orcs known as ‘Ahky’ unleashed from the depths of the earth. Solo players can seamlessly switch between Otto and Troll in-game, using Troll’s massive size and strength to throw boulders at enemies or Otto’s speed and resourcefulness to stealthily take out a lone hunter without raising an alarm. Troll and I also supports split-screen gameplay for couch co-op, as two heads, and pairs of hands, are always better than one.

Throughout the game, players will encounter various natural resources when playing as Otto, and should make use of Otto’s keen senses and attunement to nature to track down wildlife, which can be hunted and used to heal him during battle. Otto will exploit the materials of the forest to fashion spears and other weapons that will prove crucial to the duo’s survival. Otto’s connection to his surroundings and the environment around him plays a key role in the player successfully navigating treacherous situations.

In addition, Maximum Games is proud to confirm that Troll and I will be releasing on Nintendo’s revolutionary new system, the Nintendo Switch, this Spring! The game will be fully playable at home or on the go using the Joy-Con™ controllers for both solo and split-screen co-op gameplay, allowing players to continue Troll and Otto’s adventure wherever they are. Additional details about the Nintendo Switch release for Troll and I will be available at a later date.

Troll and I is currently in development from Spiral House and will be published by Maximum Games. The game will be available on March 21, 2017 in North America and on March 24, 2017 in Europe for the PlayStation®4 computer entertainment system, Xbox One, the all-in-one games and entertainment system from Microsoft, and digitally on PC, with the Nintendo Switch release slated for Spring 2017. This title has been rated “T for Teen” by the ESRB.

Troll and I is available to pre-order now for $49.99. Please visit http://www.trollandi.com for more pre-order and product information.