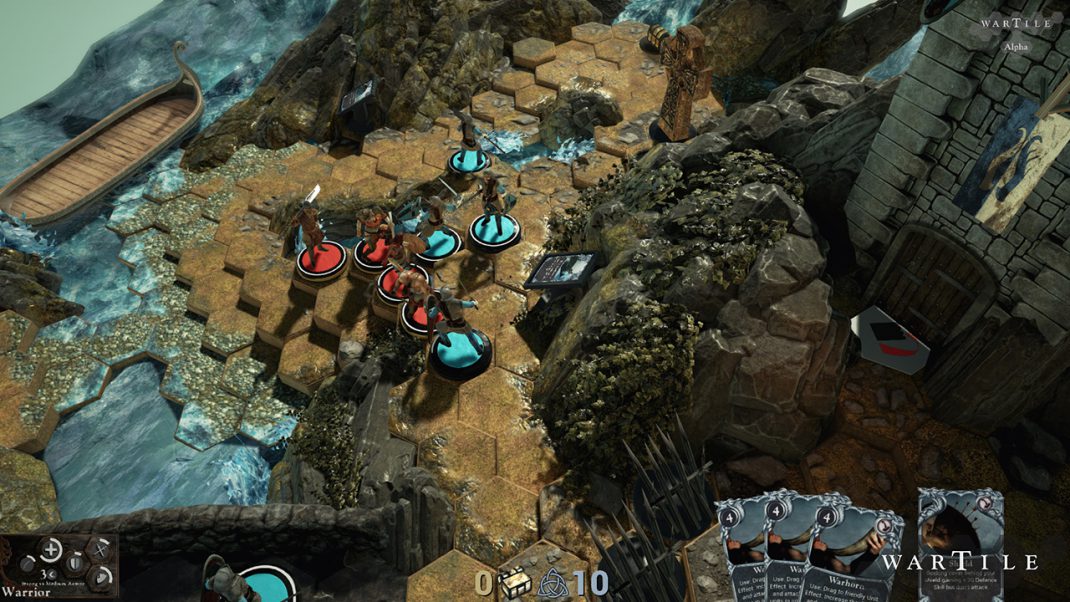 Copenhagen, Denmark – February 22nd, 2017 – Lead your figurines, into battle on miniature battle boards, with Wartile, Playwood Projects’ visually stunning medieval real time tabletop inspired game played out on digital diorama themed Battle boards. Launching on Steam Early Access on March 17th, Wartile features single and multiplayer modes in which you engage in hand-to-hand or ranged combat with rendered Viking figures, each with special attributes and abilities that counter each other, emphasizing the need to have a solid strategy to win.

We created Wartile to be a living, breathing tabletop video game that invites the player into a beautifully rendered miniature universe full of small adventures and challenges that require real time strategical decisions”, said Michael Rud Jakobsen, Founder and Creative Director of Playwood Project. “The digital diorama aspect gives the game a totally unique graphical look and feel that strategy and tabletop fans will love”.

Wartile is a single player and multiplayer real time tabletop inspired game for PC with a strong turn based flavor to it. The game replicates the feeling of playing a tabletop game but with faster, more immediate combat. Each Battle Board is an intricately realised digital diorama complete with tiles that allow players to strategize their tactical moves and attack in real time. Units are fully customizable with armor, weapons and new stat tokens that players can pick up throughout the game by completing special challenges. Stat tokens provide points that players can add to their characters stats which unlock when players level up, stat tokens can be discovered in each of the various Battle Boards in the game. Players can add a tactical edge to their combat by utilizing Ability cards and Godly cards as their figurine gains more experience, and by completing special battle board objectives. Godly cards and abilities can be assembled by the player before engaging in battle and used during combat, these cards can easily change the course of the fight should the odds be stacked against their favor.

A wide range of detailed environments is planned for the game, including Norwegian mountains, murky swamps, rocky English coastlines, dark dungeons and sweeping grasslands. Wartile also allows players to unlock and collect an array of different characters, all with different combat abilities to provide a choice of tactical options before they embark on each quest.

Wartile’s impressive digital dioramas and innovative game mechanics aim to bring a wholly unique and refreshing perspective to the RTS genre. Players will be challenged to lead a group of Viking warriors through a series of battle boards, each board has its own story and lore. Wartile will be making an eagerly awaited appearance at EGX Rezzed in London’s Tobacco Dock in the Unreal Showcase Zone from the 30th March through to 1st April.