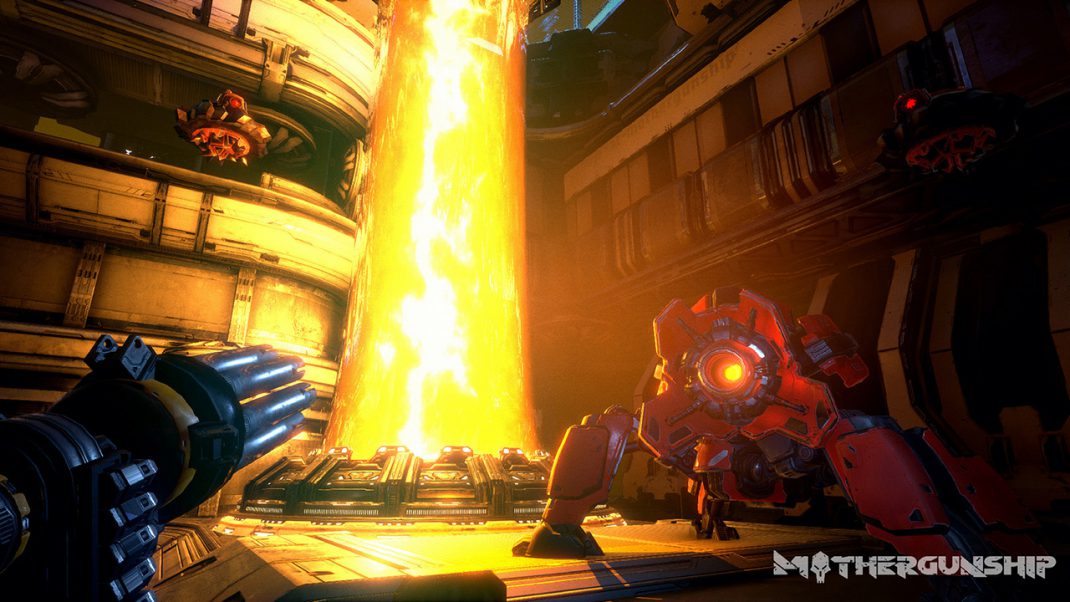 February 15, 2017 – Our mission is clear, our determination strong, and our guns are very, very big. Terrible Posture Games, in partnership with Grip Digital, is proud to announce MOTHERGUNSHIP, a bullet-hell FPS hybrid for PC and consoles that pits you, Earth’s last hope, against the armadas of data-hoarding robotic alien invaders.

MOTHERGUNSHIP mixes bullet-hell intensity with the shooting, customization, and traversal of the first-person genre. Fight your way through the alien fleets, facing randomized enemy and level mayhem as you clear rooms and take out some of the biggest bosses seen in the FPS genre.

MOTHERGUNSHIP is coming for PlayStation 4, Xbox One and Steam. Visit www.mothergunship.com to enroll into the resistance movement now, for exclusive information, content and other members-only perks!