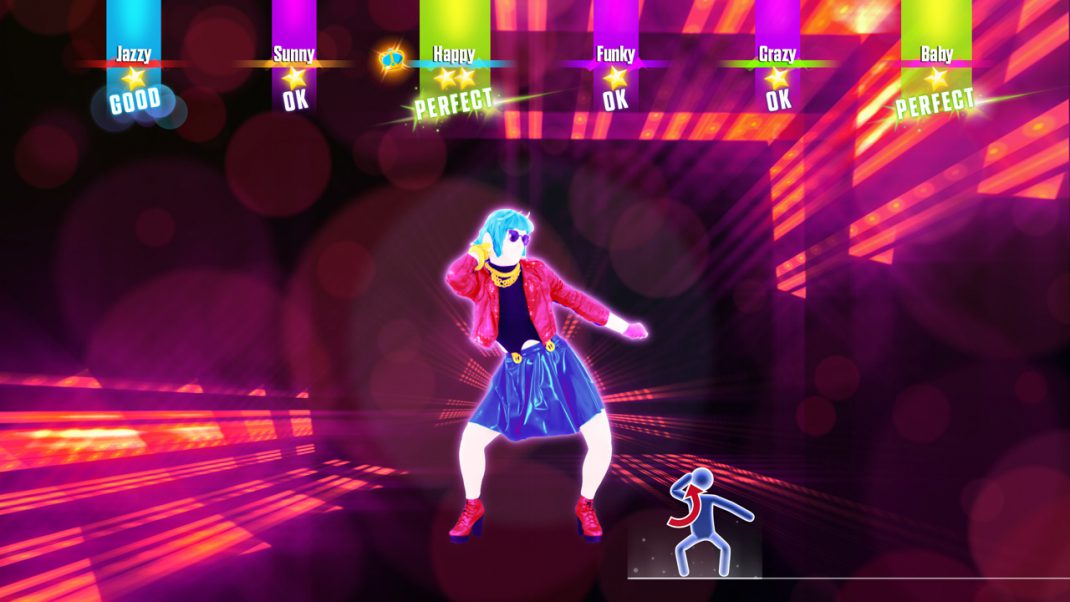 Ubisoft has been at the forefront of the constantly evolving video game industry, leading development of exciting games for each new platform launch. For years, Ubisoft and Nintendo have been partnering to deliver original, creative and memorable entertainment gaming experiences.

“Ubisoft will initially be bringing Just Dance 2017, Rayman Legends Definitive Edition and Steep to the Nintendo Switch. We’re proud to be working closely with Nintendo on this new console, making sure players can enjoy great games on a device that shares the same philosophy these games: great accessibility and the ability to bring people together,” said Xavier Poix, Ubisoft managing director, French Studios. “These three games are just the beginning. We will share more about other exciting projects for the Nintendo Switch at a later date.”

2017 will be the first Ubisoft game released for Nintendo Switch at launch. The chart-topping dance track, “How Deep Is Your Love” by Calvin Harris & Disciples, will be available as an exclusive track for Nintendo Switch owners via Just Dance Unlimited.* This hit song joins 40 tracks already available in the game, including “Sorry” by Justin Bieber, “Lean On” by Major Lazer Ft. MØ & DJ Snake, brand-new hits like “Don’t Wanna Know” by Maroon 5, party favorites like “Single Ladies (Put a Ring on It)” by Beyoncé and classics like “Don’t Stop Me Now” by Queen. Nintendo Switch players will also have three months of free access to Just Dance Unlimited, the dance-on-demand subscription streaming service, which offers more than 200 additional songs and access to exclusive tracks, with new hit songs added all the time.

More accessible than ever, Just Dance 2017 can now be played anywhere, with up to six players at the same time using a Joy-Con™ controller or by using the Just Dance Controller app (which turns your smartphone into a controller).

Players’ all-time favorite, Rayman, is back in the game thanks to Rayman Legends Definitive Edition, the ultimate version of the critically acclaimed Rayman Legends created by Michel Ancel. This edition includes all the game’s traditional features, such as Kung Foot, plus some brand-new surprises. Nintendo’s history has included the Rayman brand since the franchise’s beginning, with titles such as Rayman® Advance for Game Boy Advance, Rayman® 2 The Great Escape for Nintendo 64 and Rayman Raving Rabbids® for the launch of Wii™.

Rayman, Globox and the Teensies are off wandering through an enchanted forest when they discover a mysterious tent filled with a series of captivating paintings. As they look more closely, they notice each painting seems to tell the story of a different mythical world. While focusing on a painting that shows a medieval land, they are suddenly sucked into the painting, entering the world, and the adventure begins. The gang must run, jump and fight their way through each world to save the day and discover the secrets of every legendary painting.

In Steep, players drop in to the Alps and ski, snowboard, wingsuit and paraglide through the game’s massive open world playground, filled with exhilarating activities and breathtaking views. Developed by Ubisoft Annecy, Steep is designed for a culture that’s all about sharing experiences with the world. Steep features seamless multiplayer, populating the world with players as they naturally explore the Alps. Players and friends across the globe can take on challenges together or compete with each other to snag the top spot on the leaderboard. The open world of Steep will be further enriched by the majestic slopes of Alaska in a free update available this year.

*“How Deep Is Your Love” by Calvin Harris & Disciples is available through Just Dance Unlimited and can be accessed either via the free trial or by subscribing. The track will be available for all platforms later this year.