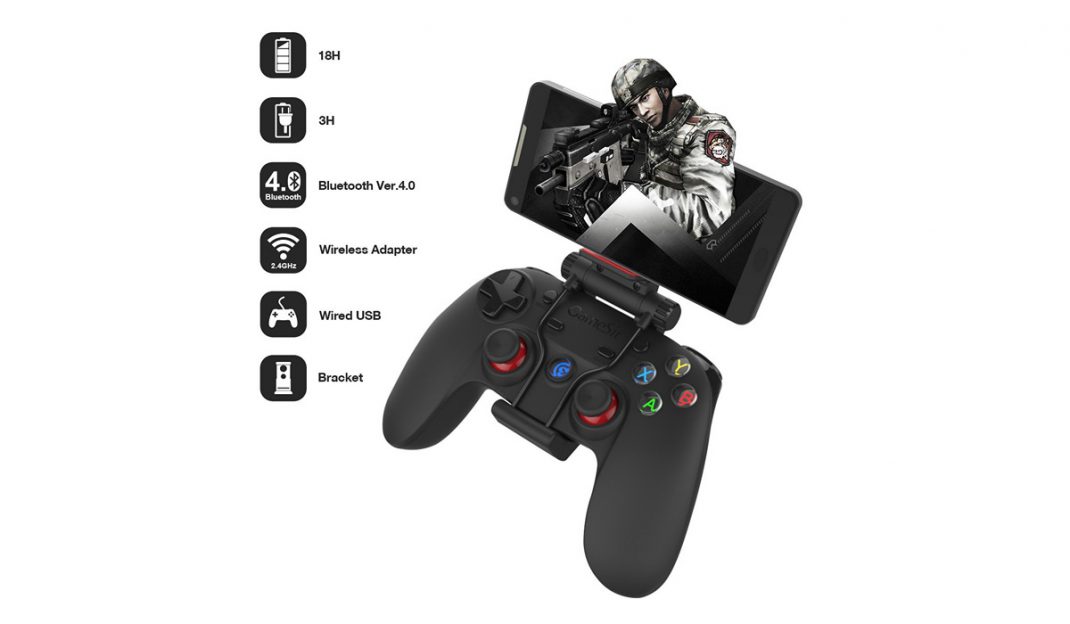 I game a lot, someone might say I’m always gaming (I have a game running in the background right now).   I started at about 5 years old and the only thing I collected more than game systems is game controllers and setups.  The controller that comes with the system isn’t always what the player will find fits their gaming style best but sometimes, such in the case of the GameSir G3s Gamepad, one controller can be the one to rule more than one system.

First off the controller looks like a PlayStation 3 controller and quickly and easily pairs with the systems.  The controller is a little lighter weight than the normal PS controller for a reason we will get up to later and as a result can be far more comfortable for much longer.  This also is nice in case you decide to add adapters or extra padding to your controllers making it become so that some parts like KontrolFreeks FPS stick extender. 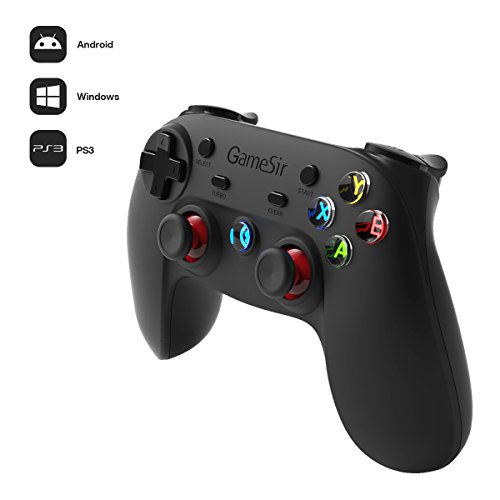 One of the best reasons the controller also works with Android phones which attach onto the GameSir G3s’ individual mobile bracket that can be connected around the controller and expanded to fit your Android device in.  Then you simply connect to the two systems,  download a couple games and away you go on a portable system using a full size console controller.  This of course makes the device a bit top heavy but since you can screw down the desired angle of the device onto the top so you will have it as forward, back, or evenly heavy as you find comfortable.  The bracket folds up nicely in your pocket when you aren’t using it so that it is always handy.

Another nice aspect of the GameSir’s versatility is that it goes great with Window’s PC systems using a USB dongle so it is wireless and if you are more used to PlayStation controllers than Windows ones this is a great opportunity to use that style.  The GameSir G3s also works with Smart TV/boxes 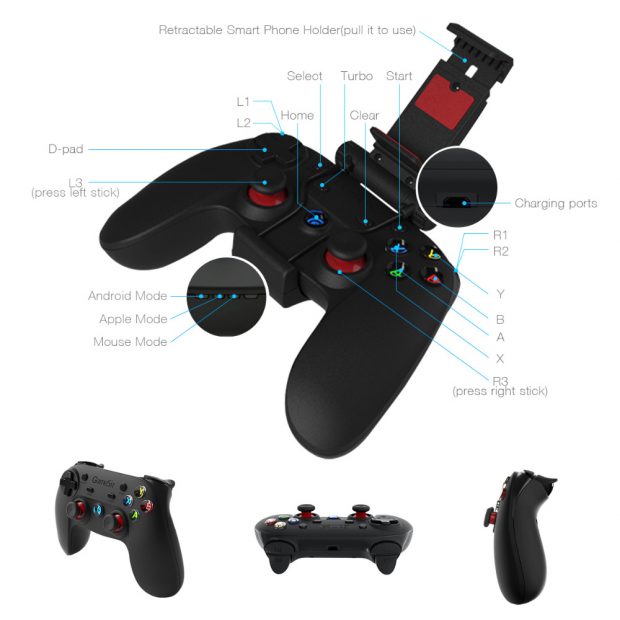