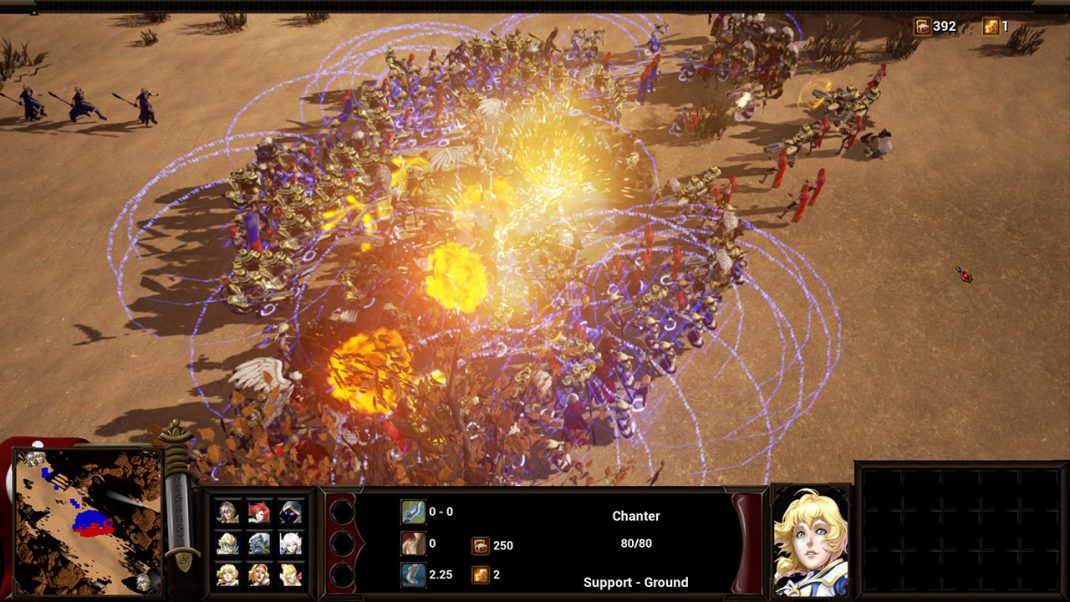 Shadow Heroes:  Vengeance in Flames is set in the fantasy land of Hendrika.  You play as the new lord of the land, after a costly battle against a faction of magic users.  You begin the game being attacked in your fortress by this faction, who are trying to create an uprising against your regime.  The campaign follows a series of tasks, quests, or objectives that pretty much boil down to you trying to prevent the enemy from gaining any ground and taking power back from you.

Ok, so honesty time here.  I played Shadows Heroes:  Vengeance in Flames last about a week or so ago, and the above paragraph was all I could remember of the story.  I couldn’t tell you the character’s name that you play as if you held a gun to my head.  What could have been a great story line that could have dipped into the new oppressive regime that was now banning all magic in the kingdom and hunting anyone that showed any signs of magic ability, forcing the player to make some serious ethically questionable decisions and wonder if he or she is on the right side, pretty much boiled down to “you are in charge now, screw the other guys”. 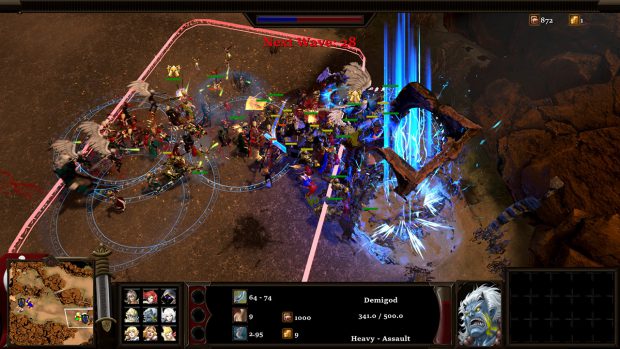 The story is presented in static shots of characters as they talk to each other before missions, or as voice overs during missions.  There is also an opening cinematic that tries to set the story up, but I couldn’t remember a single detail of it.  The names all sound silly, like some sort of fan fiction gone horribly wrong.  It is better then having no story at all, but not by much.  Shadows Heroes:  Vengeance in Flames pretty much will live or die by it’s game play alone, as the story and the aesthetics just are not enough to save it.

Shadow Heroes:  Vengeance in Flames is an rts game without much strategy.  The game plays more like a real time tactics game, then your traditional rts style game.  You begin the game with a set amount of leadership points to buy troops.  Troops will then spawn from these beginning zones and attack your enemies, while also generating more leadership points.  With more points, you can buy more troops or upgrade your troops by purchasing items.  Troops are categorized into 3 main groups:  Core, Air, and Assault.  These 3 groups are further broken down into 3 sub groups:  Light, Heavy and Support.  What this really means is you have 12 different troops to choose from, all with their own strengths, weaknesses, and abilities.

Abilities and items come in two flavors as well, being passive or active.  Abilities are attached to the particular troop you have purchased, while items can be purchased at any time.  I was surprised at the amount of items that were available to purchase for my troops, but found it difficult to really understand what each item did.  Part of that is not knowing the system at first, but also due to the action continuing in the background as I was shopping.  You do not have time to peruse your items if your troops are being attacked.

Shadow Heroes:  Vengeance in Flames offers quite a few options for game play, which is quite nice.  The campaign will be episodic, and more will be released as time goes on.  The first episode can be finished in about an hour or so, but there are other options to play with while you wait for the next episode to be released.  Assault is the standard rts type game where you set out to destroy the enemy base, Onslaught tests to see how long you can survive your opponent who has superior numbers, and Commander targets the enemies commanders instead of their base.  You can also play these mode in either single or multi player settings. 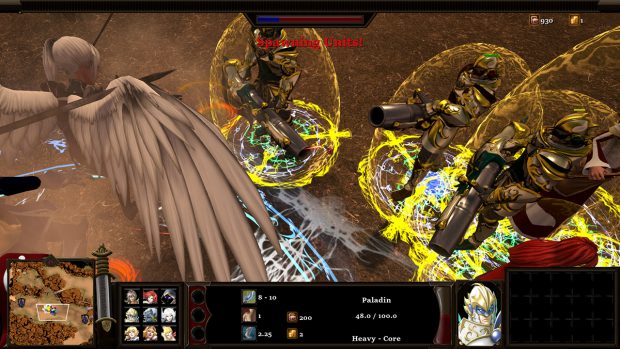 The visuals of Shadow Heroes:  Vengeance in Flames is completely influenced by Japanese anime, so everyone has a very anime feeling to them.  It is a decent aesthetic to work with, but in the same vein that some games feel too generically fantasy like, this one feels like a generic anime style game.  There really isn’t anything here that pops up and feel unique in terms of design or art.  Everything pretty much feels like I’ve seen it somewhere before.

Shadow Heroes:  Vengeance in Flames is fully voiced, which is a positive, but the actors sound so bored that it really took me out of the experience.  Bad acting is sometimes even better then bored acting, at least you can enjoy just how bad it is.  The actors here, at times, just sound like they are just reading their lines without emotion nor context.  The soundtrack is completely forgettable, which is a shame.