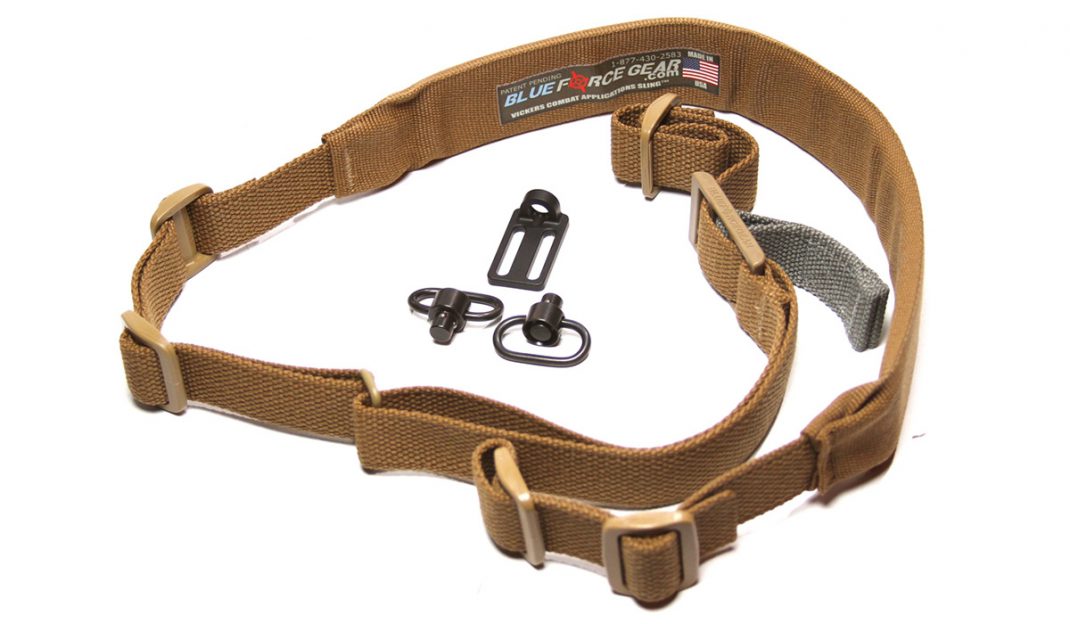 Blue Force Gear is best known for the patented Vickers Sling™, which was adopted as the standard issue sling for the U.S.M.C in 2011 and is now used by over 250,000 service members worldwide. Blue Force Gear is also revolutionizing tactical load carriage equipment to make it lighter and stronger through proprietary design technology MOLLEminus™ and ULTRAcomp® high performance laminate. Their product line and experts can be found at booth number 31209 at this year’s SHOT Show.

New product demos and seminars are scheduled in the booth for the entire week. Larry Vickers, inspiration for the Vickers Sling, and retired U.S. Army 1st SFOD–Delta combat veteran, will be in the booth daily from noon to 1 p.m. Post retirement, he’s hosted tactical firearms television shows and has developed a variety of small arms accessories. Blue Force Gear manufactures the signature Vickers Sling.

Attendees can also hear Travis Hall, 18 Delta Special Forces Medic, discuss preparation for today’s world and adding trauma care as part of your everyday carry essentials. He’ll be in the booth for 30 minutes every day of the show at 10 a.m. and 2 p.m.

“SHOT Show annually hosts more than 1,600 exhibitors and 64,000 industry professionals, so naturally it’s where we want to introduce our great new product lineup,” said Ashley Burnsed, CEO of Blue Force Gear. “We have a packed schedule with demos, Q&A’s and more, and we’re looking forward to showing everyone our next generation of gear.”

SHOT Show is owned by the National Shooting Sports Foundation, and is restricted to the shooting, hunting and outdoor trade professionals and commercial buyers and sellers of military, law enforcement and tactical products and services. The SHOT Show is not open to the general consuming public, and proof of professional affiliation is required.