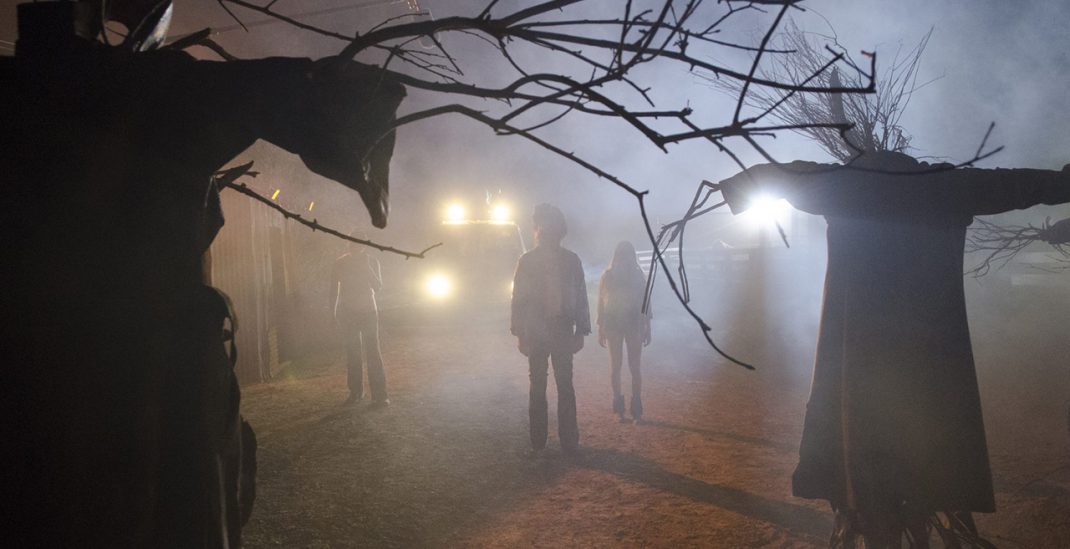 SANTA MONICA, CA (October 24, 2016) – From the macabre mind of Rob Zombie (House of 1000 Corpses, The Lords of Salem, The Devil’s Rejects), comes his newest nightmare, 31, arriving on Blu-ray and DVD December 20 from Lionsgate. Clowns have never been as terrifying as they are in the course of this one shocking evening in the middle of nowhere. Currently available on Digital HD and On Demand, 31 stars Sheri Moon Zombie (House of 1000 Corpses), Jeff Daniel Phillips (HBO’s “Westworld”) Elizabeth Daily (Pee-Wee’s Big Adventure), Meg Foster (The Lords of Salem), Kevin Jackson (Conspiracy Theory), Richard Blake (Batman Begins), Judy Geeson (TV’s “Gilmore Girls”) and Malcolm McDowell (Halloween).

From the visionary mind of Rob Zombie comes the horrific story of five carnival workers who are kidnapped on Halloween and held hostage in a large compound.  At the mercy of their captors, they are forced to play a twisted game or life or death called 31.  For the next 12 hours they must fight for their lives against an endless parade of homicidal maniacs.

The 31 Blu-ray and DVD release special features include a two-hour behind-the-scenes documentary and audio commentary with Rob Zombie. The 31 digital HD release will include a four-hour behind-the-scenes documentary with two exclusive hours of footage not included on the Blu-ray release. For those who have previously purchased the digital release, the documentary will be available to watch beginning onDecember 20. 31 will be available on Blu-ray and DVD for the suggested retail price of $24.99 and $19.98, respectively.